Ameesha Patel Trolled For Photoshoot Pics. Why Are We Not Surprised? 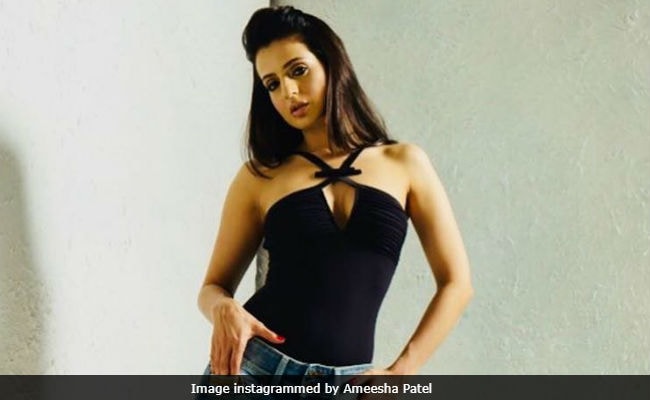 New Delhi: Actress Ameesha Patel posted pictures from a photoshoot on Instagram, which have gone viral because of some vile comments posted by social media trolls. The 41-year-old actress shared two similar pictures from a recent photoshoot, which were bombarded with appalling comments. Some Instagram users slut-shamed her for 'posing without clothes' while some comments read: "Pull that bed sheet further down and reveal more." Some Internet users also called the Kaho Naa... Pyaar Hai actress "aunty" adding, "(She is) now old with bags under her eyes."

Have a dreamy week

Ameesha Patel did not give two hoots about the trolling and added two BTS videos of another photoshoot. Sadly, the comments on these videos were similar.

Throwback video of a recent photoshoot

Ameesha's recent photoshoot, in which she was dressed in a bikini, received negative comments too.

Ameesha Patel debuted opposite Hrithik Roshan in Kaho Naa... Pyaar Hai in 2000. It seemed like Ameesha was in the game to stay after her second film Gadar: Ek Prem Katha rocked the box office. Soon her success graph deteriorated with projects such as Aap Mujhe Achche Lagne Lage (also with Hrithik) and Kya Yehi Pyaar Hai, but there were occasional hits like Humraaz and Bhool Bhulaiyaa. Her upcoming projects are Bhaiyyaji Superhitt and Desi Magic.

Promoted
Listen to the latest songs, only on JioSaavn.com
In the last few years Ameesha featured in the headlines for all the wrong reasons. In 2016, she snubbed actress Pooja Hegde, who debuted opposite Hrithik Rohan in the ill-fated Mohenjo Daro, saying: "I'm sorry that Mohenjo Daro didn't do well, and the plan was to come with a newcomer, but every film cannot achieve the same success as Kaho Naa... Pyaar Hai."

Before that it was reported by mid-day that she flipped out at a journalist who called her by her name, saying, "Call me Ameesha ji."