"I always had the wish to work with Ray saab. After the success of Goopi Gyne Bagha Byne, we were supposed to make it in Hindi." 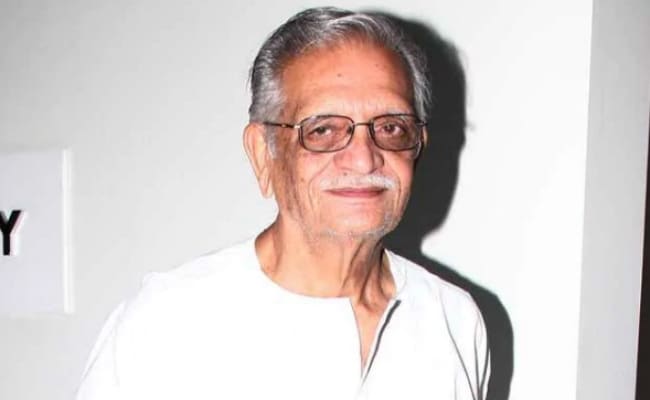 Poet, filmmaker and lyricist Gulzar says that he always wanted to work with legendary filmmaker Satyajit Ray. With his association on Goopi Gawaiya Bagha Bajaiya, he feels his wish has been fulfilled in some way.

On his desire of working on children's literature and entertainment, Gulzar told IANS: "I always had the wish to work with Ray saab. After the success of Goopi Gyne Bagha Byne in Bengali, which Satyajit Ray made based on a book written by his grandfather Upendrakishore Ray, Chowdhury, we were supposed to make it in Hindi."

"Though I started writing the script in Hindi, after a point, he dropped the idea. I was pretty upset because I so wanted to work with him."

"Then I went to him when he decided to make Shatranj Ke Khilari, because there is so much to learn from him. But then, he said in his baritone voice, 'Sorry, I have committed to another one, you know!' I realized that I lost my chance... However, I kept my dream alive because I felt the need to carry forward a classic story like Goopy... to the new generations of children."

That is why the author translated the Bengali story into English in a book titled Magical Wishes: The Adventures Of Goopy And Bagha in 2012. It was published by Scholastic.

During that time, illustrator Shilpa Ranade collaborated with Gulzar to make illustrations for the book.

"I want to say that I became a great fan of Shilpa. She is one of the best illustrators I have come across. During the process of illustration, these characters became alive for her, and she decided to make the animation film. Somewhere my wish is fulfilled," the 85-year-old poet said with a smile.

Admitting the dearth of good Indian content for children's entertainment and literature, Gulzar said: "Perhaps that is why I love doing these works rather than making full-length feature films that I used to do earlier. I love writing books for children."

Considering the fact that Gulzar has translated a huge volume of work of Rabindranath Tagore from the original language Bengali, asked about his fascination towards Bengali, Gulzar said: "Well, I actually learnt Bengali to read and enjoy Tagorian literature, but then it continued."

"But I must mention that when you are translating, you should be knowing both the languages equally well to capture the nuance correctly. Otherwise, you might tamper with the language. That is how the gap gets created from an original piece of writing to the translation."

The film Goopi Gawaiya Bagha Bajaiya, directed by Shilpa Ranade, is produced by the Children's Film Society India, in association with Karadi Tales. It will release on March 1.