Ariana Grande tied the knot with Dalton Gomez in a private ceremony, earlier this month 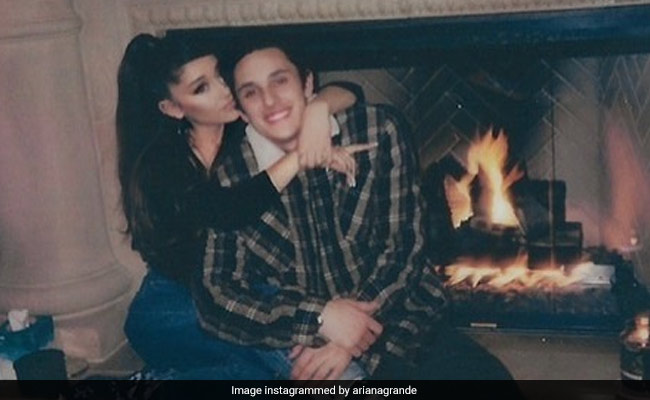 On May 15, 2021, Ariana Grande broke the Internet and a million hearts when she took the matrimonial plunge with her partner Dalton Gomez. The singer-actress, on Wednesday, shared some special pictures from the wedding. The photos soon went viral and Ariana's custom wedding dress by Vera Wang has fans and followers swooning in awe. Much like the wedding, a large part of the Ariana-Dalton relationship developed away from the media glare. Due to this, not much is known about the couple's courtship period.

However, we have found some details about the man who has won the pop queen's heart, and some information about their whirlwind romance too. Dalton was born and raised in Southern California. The 27-year-old works as the only buyer's agent for the Aaron Kirman Group, a Los Angeles-based real estate firm, as per the company site.

Dalton's bio on the website describes him as a “5-year veteran of the luxury real estate market”. He had also served as the Director of Operations for Aaron Kirman Group during his first 3 years with the company.

Ariana's relationship with Dalton is believed to have begun at the beginning of 2020. According to TMZ, the Thank U, Next singer was first seen spending quality time with Dalton in February, last year.

Following the COVID-19 outbreak, the two quarantined together in Los Angeles, the report added. In May 2020, Ariana confirmed the relationship by appearing with Dalton in the music video of Stuck with U.

Then, Ariana made her relationship with Dalton 'Instagram official' on her birthday last year. In a series of photos, she added one where the duo can be seen cuddling.

The two got engaged in December and the singer broke the news on the photo and video sharing platform. Dalton chose to give his lady love a diamond and pearl ring with a platinum band.

Here are some photos of the couple during their courtship:

The couple chose to get married at Ariana's Montecito house and the ceremony saw only 20 close friends and family in attendance, reported Vogue.

Ariana is known for her hit songs that include Into You, No Tears Left To Cry and Break Free, among others. She has two Grammy Awards, two Billboard Music Awards, nine MTV Video Music Awards to her credit.

F.R.I.E.N.D.S Reunion - "Could He Be Wearing Anymore Clothes?": The Internet Can't Get Enough Of Joey (Matt LeBlanc) Being Joey