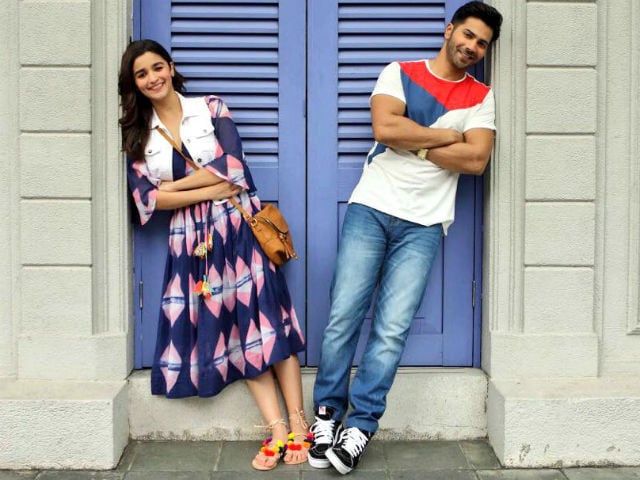 This image was posted on Varun_dvn

New Delhi: Alia Bhatt and Varun Dhawan are back to steal your heart with Badrinath Ki Dulhania as the first look of the film was released on Twitter on Tuesday.

Producer Karan Johar tweeted the first look of the film which is a sequel to 2014's Humpty Sharma Ki Dulhania.

Varun, however, gave us more to relish. Look at them on a Segway in the streets of Singapore.

Varun and Alia have been busy shooting in Singapore from almost a week. Varun has been Instagramming behind-the-scenes gems from the sets.

#badrinathkidulhania loves shopping. So had to take her out. #candid. Caught striking a pose in between a shot.

Badree and somdev take over singapore. #badrinathkidulhanialook. Such a talented actor this boy sahil is I get to learn something new from him everyday.

Back in singapore. Work begins #badrinathkidulhania

It's on man vs machine. #badrinath takes on the roller coaster

Apart from Singapore, the Shashank Khaitan directed film was also shot in Rajasthan and Uttar Pradesh.

Promoted
Listen to the latest songs, only on JioSaavn.com
Alia, on the other hand, is busy promoting Gauri Shinde's Dear Zindagi with Shah Rukh Khan which will hit the screens on November 25.

Badrinath Ki Dulhania which also stars Gauahar Khan will be released on March 10 next year.