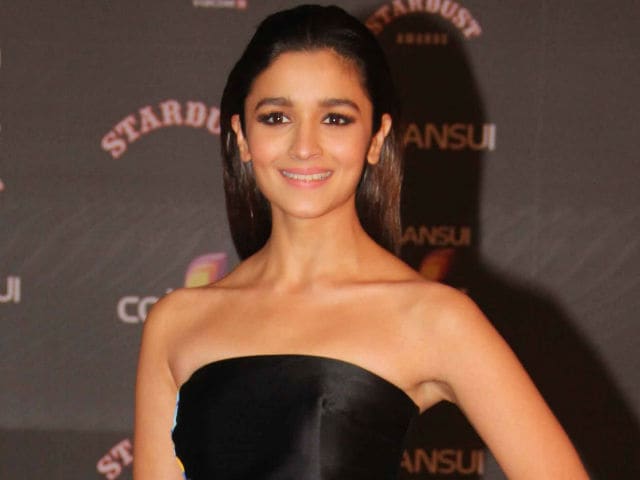 Mumbai: Actress Alia Bhatt has refuted reports that her upcoming project with Shah Rukh Khan would feature the superstar just in an extended cameo.

It was reported SRK would be not be the protagonist in the movie, which is directed by Gauri Shinde, and in fact the movie was a women-centric project.

"He's in the film. I am doing the film with him. Don't take it away from me," Alia told reporters at the Stardust Awards held in Mumbai. (Also Read: SRK, Alia Bhatt's Film Begins Work in January, KJo 'Excited')

There were rumours that the 22-year-old actress started crying while shooting the yet-untitled film. Alia joked: "I've not started crying yet, but I will start because the role is so tough."

The film is co-produced by Red Chillies Entertainment and Dharma Productions. This will be Gauri's second film after the critically and commercially successful English Vinglish, starring Sridevi in 2012.