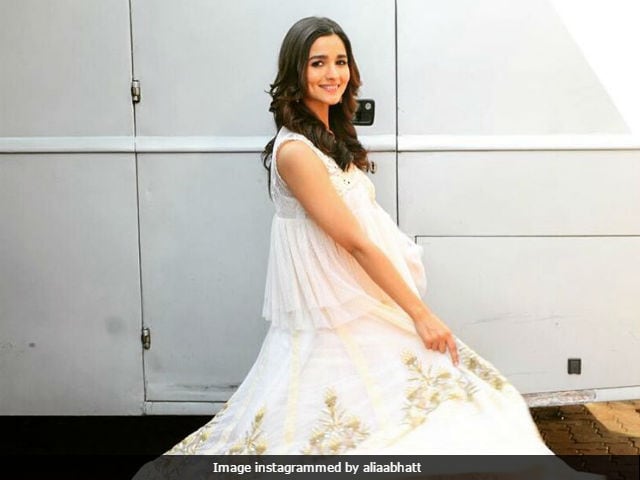 New Delhi: Actress Alia Bhatt, who celebrates her 24th birthday on March 15, has gifted herself a furry little kitten on her special day. Posting an image with Edward Bhatt, a name the family has given to the kitten, on Instagram, the Udta Punjab actress wrote, "The newest member of our family. Happy Birthday to me." Alia Bhatt is indeed a cat lover and her social media posts are a proof of that. The name of the kitten was revealed by Alia's sister Shaheen Bhatt on Instagram, where she introduced it and wrote, "This is Edward Bhatt, first of his name, ruler of all (except for the ones Sheba rules) the Bhatt kingdoms." Meet Bhatt family's newest family member here:

Th newest member of our family. Happy Birthday to me

This is Edward Bhatt, first of his name, ruler of all (except for the ones Sheba rules) the Bhatt kingdoms.

Edward Bhatt, you are so adorable.

Alia Bhatt is currently enjoying the success of Badrinath Ki Dulhania co-starring Varun Dhawan. The film has crossed Rs 60 crore-mark after it hit the theatres on March 10.

Her filmmaker father, Mahesh Bhatt posted a nostalgic photograph on his daughter's 24th birthday, captioned: "Happy birthday princess. You are my masterpiece."

Happy birthday princess !!! You are my masterpiece pic.twitter.com/o7RTkSqGMk

And the doting sister Shaheen posted this:

"Of two sisters one is always the watcher, one the dancer." - Louise Glck There are no prizes for guessing who is who in the above equation. @aliaabhatt, watching you dance (ugh, this is what happens when you write yourself into corners with quotes) your way through life has been one of my greatest joys. You surprise me everyday and I'm so proud of the kind, loving and generous person you have grown into. You are my best friend and I love you more than you will ever know. Happy Birthday, Bob.

Promoted
Listen to the latest songs, only on JioSaavn.com
Mother Soni Razdan too had an adorable message for her 'sunshine:'

24 yrs ago you came into the world and made the sun shine brighter. @aliaa08 Happy Birthday darling my sun shines because of you

Alia Bhatt, who debuted in 2012 with Karan Johar's Student Of The Year opposite Varun Dhawan and Sidharth Malhotra, is best known her performances in films like Highway and Udta Punjab. Both the films earned her a Filmfare award each. She will next be seen in Ayan Mukerji's Dragon opposite Ranbir Kapoor and Zoya Akhtar's Gully Boy along with Ranveer Singh.