Ali Fazal's Mother Dies Due To Health Complications; "I'll Live The Rest Of Yours For You," Actor's Heart-Wrenching Tweet 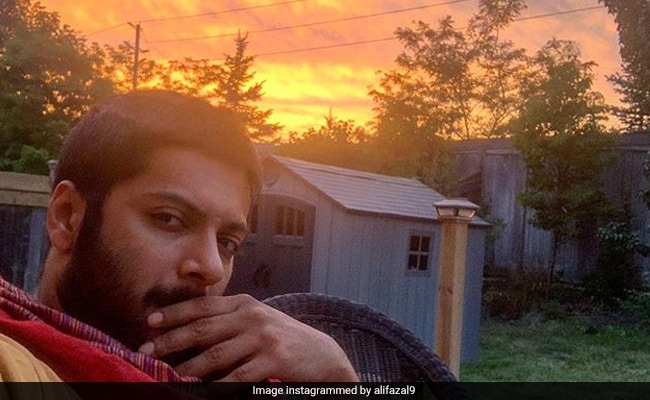 Ali Fazal mourned his mother in a tweet (courtesy alifazal9)

Actor Ali Fazal's mother died in Lucknow on the morning of June 17. The 33-year-old actor, on the evening of his mother's death, mourned her in a heart-wrenching note, writing: "I'll live the rest of yours for you. Miss you Amma. Yahi tak thaa humaara, pata nahi kyun (Our journey was till here). You were the source of my creativity. My everything. Aagey alfaaz nahi rahe (Don't have words beyond this). Love, Ali." On Wednesday, a statement from the actor's spokesperson said that Ali Fazal's mother died due to health complications: "It is with great sorrow we inform you that Ali Fazal's mother passed away on the morning of June 17, 2020 in Lucknow after quick succession of health complications. Her passing was sudden and we pray for her peace."

The statement also said that while Ali Fazal is thankful for his well-wishers, he has asked for privacy during his difficult time: "Ali is grateful for the love and support of his fans in these testing times. A personal loss of this magnitude also needs silence. He requests his fans and the press for some privacy at this point."

I'll live the rest of yours for you. Miss you Amma. Yahi tak thhaa humaara, pata nahi kyun. You were the source of my creativity. My everything. Aagey alfaaz nahi rahe. Love, Ali. pic.twitter.com/hKyFMp6U1G

Ali Fazal's fiancee, actress Richa Chadha, extended a message of support to the actor and wrote: "Hang in there." Mourning Ali Fazal's mother, Richa Chadha tweeted: "Rest in peace, auntie." Ali Fazal and Richa Chadha were expected to have a wedding in April this year, which got postponed because of the coronavirus lockdown.

hang in there...
Rest in peace Auntie. https://t.co/rkPLwHoEL6

Ali Fazal is best known for starring in films such as Prassthanam, Happy Bhag Jayegi, Victoria & Abdul, Bobby Jasoos and the Fukrey series on films, in which he co-starred with Richa Chadha. He was last seen in Netflix film House Arrest.