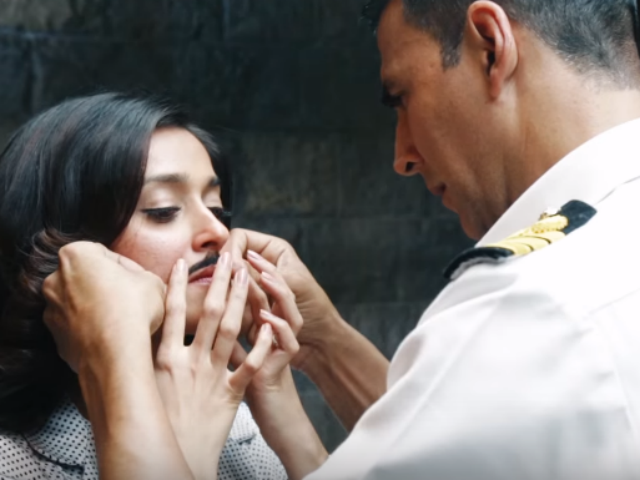 A still from the video posted by Akshay

New Delhi: We assumed, considering Rustom is about gunshots and affairs and other grave matters, that the cast would be extremely serious on set. Nothing could be further from the truth, as Akshay Kumar's blooper reel shows.

On set, there were jokes, goofiness and forgetting of lines, which marred the intensity of the courtroom drama-in-progress somewhat. There was Akshay getting scared of a gunshot, Arjan Bajwa having trouble lifting 'heavy' Illeana D'Cruz and Akshay's magic moustache, sometimes seen on him and at other times on Ileana.

We want to be part of the Rustom gang after watching this:

Rustom, Akshay's third film this year after Airlift and Housefull 3 (not counting the Dishoom cameo), is a fictionalised version on Nanavati vs the State of Maharashtra, the 1959 case that led to the scrapping of India's jury system.

Other than Ileana and Arjan, Akshay's castmates include Esha Gupta and Pavan Malhotra.

The film is set to release on August 12, clashing with Hrithik Roshan's Mohenjo Daro.