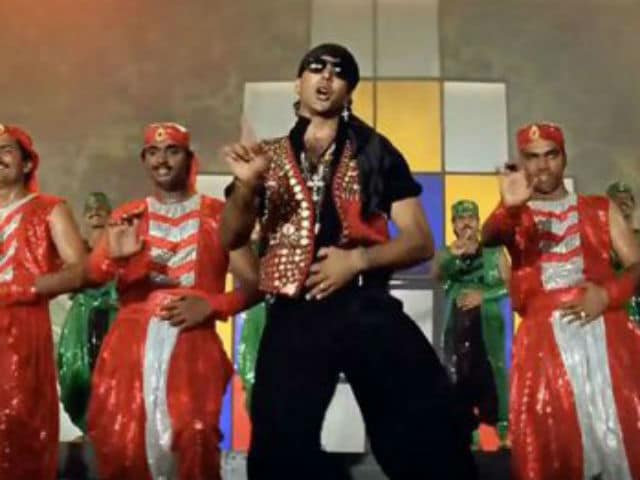 New Delhi: You could try to out-Khiladi Akshay Kumar - try, by all means - but there's no Khiladi like the original. The 49-year-old actor posted a video of himself dancing to Tu Cheez Badi Hai Mast Mast, the hit song from his 1994 film Mohra that is the latest to be remixed for 2017, and its fairly evident that he's "still go those mast mast moves." Tu Cheez Badi Hai Mast Mast 2.0 features in the new film Machine, which stars Kiara Advani and debutant Mustafa. Not only did the remix have Akshay Kumar's approval, he launched the song in Mumbai on Monday. He tweeted this clip of himself dancing at the event:

Still got those mast mast moves What say? #TuCheezBadiHaiMastMastpic.twitter.com/XBS8J4gbrK

'What say,' Akshay Kumar asked. Twitter says yay. #TuCheezBadiHaiMastMast is trending and the verdict on social media is that Akshay rules.

Mohra, one of Akshay Kumar's big hits from the Nineties, co-starred Raveena Tandon and Suniel Shetty. The song Tu Cheez Badi Hai Mast Mast is still counted as one of the highlights of the film and led Raveena to be permanently dubbed 'the mast mast girl.'

Tu Cheez Badi Hai Mast Mast is one of a series of golden oldies that have been given a Bollywood update - Amar Arshi's Kala Chashma reappeared in Baar Baar Dekho last year, Ae Zindagi Gale Laga Le from Sridevi's Sadma was recreated for the Alia Bhatt-Shah Rukh Khan film Dear Zindagi; 2017 has seen almost as many remixes as film releases: The Humma Song in OK Jaanu, Laila in Raees and Haseenon Ka Deewana in Kaabil. These have been given a mixed reception on the charts and social media.

Promoted
Listen to the latest songs, only on JioSaavn.com
Machine, directed by Abbas Mustan, will release on March 17.

Akshay Kumar, meanwhile, starred in one of the few films this year that does not contain a remix. Jolly LLB 2, in which he stars as the maverick lawyer Jagdish or Jolly, opened last month and has made over Rs 100 crore. His upcoming projects include Toilet - Ek Prem Katha, 2.0 with Rajinikanth, and Naam Shabana.