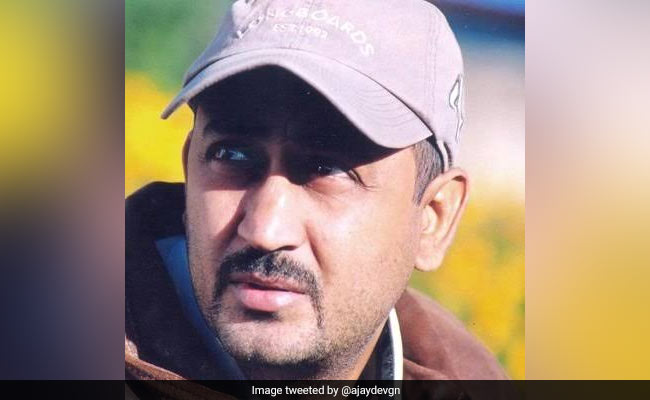 Ajay Devgn's brother, filmmaker Anil Devgan, died on Monday night, the Singham actor announced in a tweet on Tuesday. Anil Devgan directed Ajay in a couple of films like the 2002 hit Raju Chacha and the 2005 film Blackmail. The cause of Anil Devgan's death is yet unknown. Mourning his brother, Ajay Devgn shared a photo of him and wrote that their family won't be having a personal prayer meet due to the ongoing coronavirus pandemic. "I lost my brother Anil Devgan last night. His untimely demise has left our family heartbroken. ADFF (Ajay Devgn FFilms) and I will miss his presence dearly, tweeted the actor and added: "Pray for his soul. Due to the pandemic, we will not have a personal prayer meet."

I lost my brother Anil Devgan last night. His untimely demise has left our family heartbroken. ADFF & I will miss his presence dearly. Pray for his soul. Due to the pandemic, we will not have a personal prayer meet pic.twitter.com/9tti0GX25S

Anil Devgan also worked as an assistant director on films featuring Ajay in the lead roles. Some of them are Jaan, Itihaas, Pyaar To Hona Hi Tha and Son Of Sardaar, which released in 2012 and also starred Sanjay Dutt.

Ajay and Anil Devgan's father, action director Veeru Devgan, died last year in May. Ajay and his father worked together in films such as Ishq, Jaan, Haqeeqat, Dilwale, Divya Shakti, Jigar and Phool Aur Kaante. For those who don't know, Veeru Devgan also acted in a few films such as Kranti, Sourabh and Singhasan.

Ajay Devgn was last seen in Tanhaji: The Unsung Warrior, also featuring his wife Kajol. He has a couple of films lined up such as Maidaan, Sooryavanshi, co-starring Akshay Kumar and Katrina Kaif, and Bhuj: The Pride Of India, which will release on Disney+Hotstar.