Aishwaryaa Dhanush Has no Plans to Direct Rajinikanth 'Yet' 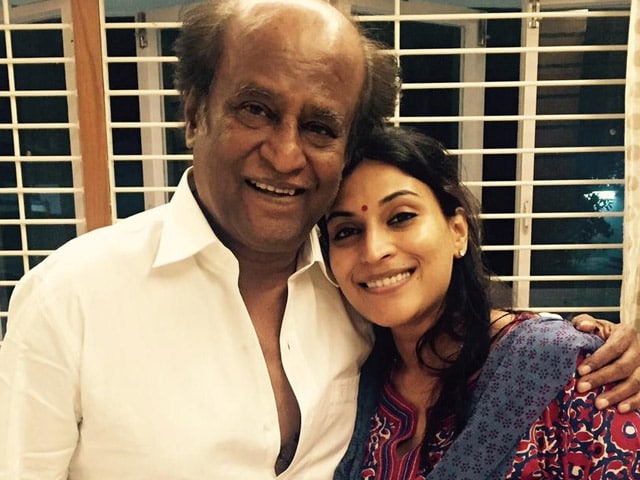 This image was posted on Twitter by Aishwaryaa R Dhanush

Chennai: Filmmaker Aishwaryaa R Dhanush, who is awaiting the release of her second Tamil film Vai Raja Vai, said that she has no plan, as of now, to direct her husband Dhanush and father Rajinikanth.

"People have been asking me when I'll make films with Dhanush and my father. Honestly, I don't know when. There are no such plans as of now. Besides the release of Vai Raja Vai, nothing else is running in my head right now," Aishwaryaa told IANS.

Although she has directed Dhanush in her directorial debut "3", fans of the actor wish to see them work again.

Promoted
Listen to the latest songs, only on JioSaavn.com
Dhanush features in a cameo in Vai Raj Vai. He plays the iconic character Kokki Kumar from one of his films. "It's just a brief role. I really loved the character from his film Pudhupettai. I wanted to bring it back someway and that's when I came up with his idea to have him on board," said Aishwaryaa.