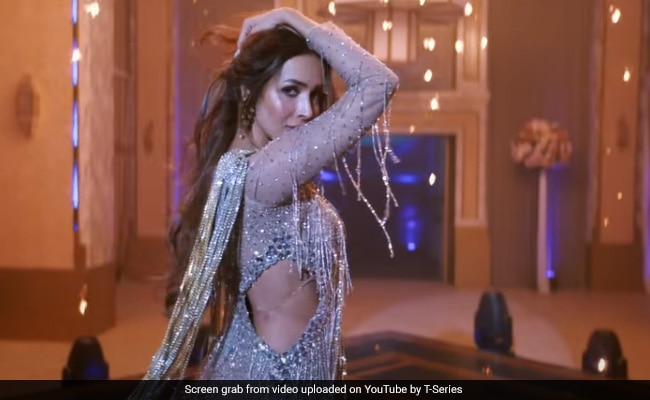 The new track from An Action Hero, starring Ayushmann Khurrana and Jaideep Ahlawat released on Saturday. The track  is a remake of Zeenat Aman's iconic 1980 song Aap Jaisa Koi. The video features Ayushmann Khurrana and Malaika Arora. Soon after the track was shared on social media, Malaika Arora's boyfriend Arjun Kapoor reacted to the song and he wrote on his Instagram story: "Malaika Arora, baat ban gayi." He added, "Make way for another chartbuster from the team in action." The track has been sung by Zahrah S Khan, Altamash Faridi and it has been recreated by Tanishk Bagchi.

This is what Arjun Kapoor posted for Malaika Arora: 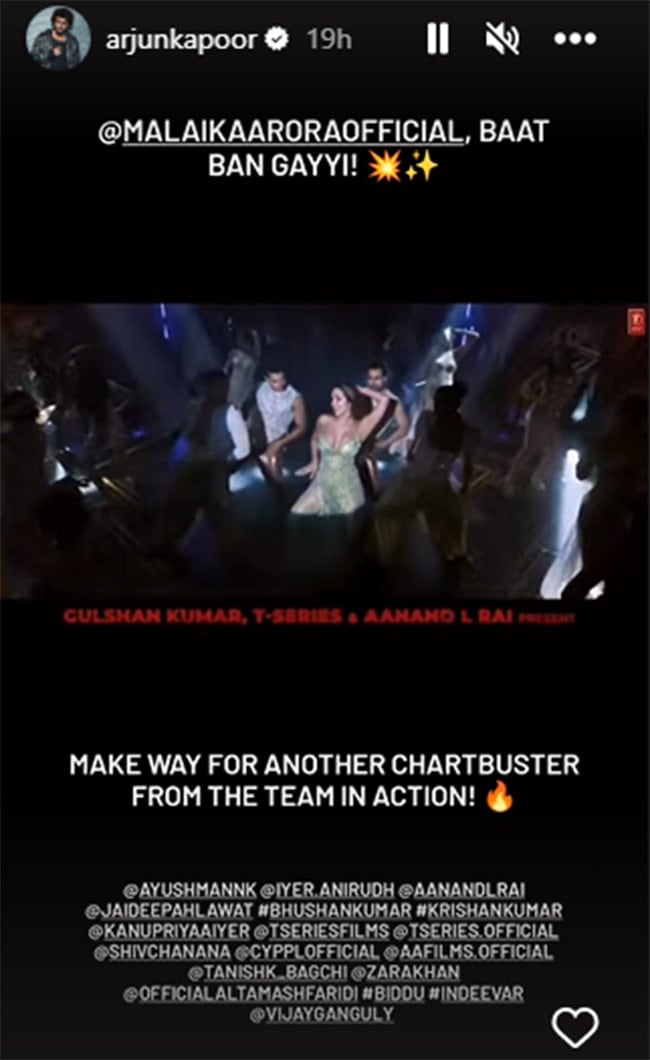 Malaika Arora and Arjun Kapoor have been dating for over 4 years now. Malaika Arora is best-known for her dance performances to popular tracks such as Chaiya Chaiya, Munni Badnaam Hui, Anarkali Disco Chali and Hello Hello among many others. She will next be seen in the reality TV series Moving In With Malaika. The series will stream on OTT platform Disney+Hotstar.

Malaika, a former model, was also a VJ. She has also judged a couple of dance shows over the years, including India's Best Dancer, Nach Baliye, Jhalak Dikhhla Jaa and Zara Nachke Dikha. She also judged shows like India's Got Talent and Supermodel Of The Year. Other than, Malaika Arora also runs a yoga studio, an apparel brand and a food-delivery platform.