After Separation Last Year, Minissha Lamba Is "In A Happy Relationship With A Lovely Person"

When asked about her love life, 36-year-old Minissha Lamba said: "Yes. Currently, I'm in a happy relationship with a lovely person" 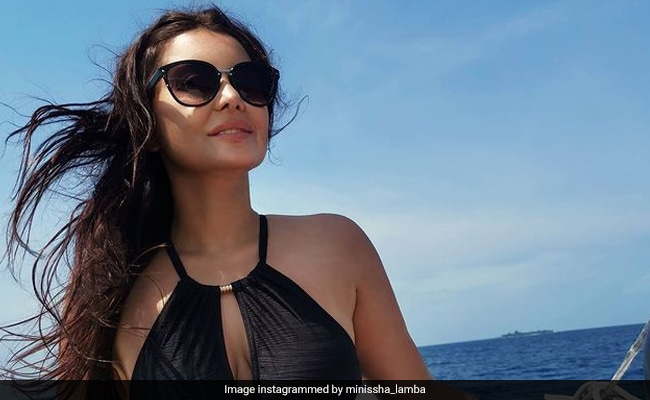 Minissha Lamba, who announced her separation with Ryan Tham last year, opened up about her current relationship status in an interview with Times Of India. Talking about how she dealt with the separation, Minissha Lamba said a "strong support system" and the idea of falling in love again, helped her heal. When asked about her love life, 36-year-old Minissha Lamba said: "Yes. Currently, I'm in a happy relationship with a lovely person," TOI quoted her as saying. "However, I would like to emphasise that the end of a relationship or marriage is not the end of life. You will have another chance to love, be loved, and will be able to brush the past aside," she added.

Last year, Minissha Lamba revealed in an interview that she and Ryan Tham were legally separated - they started living separately in October 2018. According to ETimes, the former couple met at Juhu nightclub Trilogy, which is owned by entrepreneur Ryan Tham, in 2013 and dated for two years before getting married in 2015. They had a court wedding on July 6 in 2015, which was followed by low-key celebrations with only close family and friends in attendance.

Few months after her separation, Minissha Lamba told ETimes in a separate interview: "Life goes on and the important thing is to be happy. If something is not working, part ways amicably. Today we have options for that; there is no stigma attached to separation."

In 2019, Minissha Lamba switched careers to become a professional poker player and that she participates in poker tournaments worldwide. Minissha Lamba's resume as an actress include films such as Yahaan, Kidnap, Dus Kahaniyaan, Anthony Kaun Hai and Shaurya, and Punjabi movies Heer And Hero and Double Di Trouble.