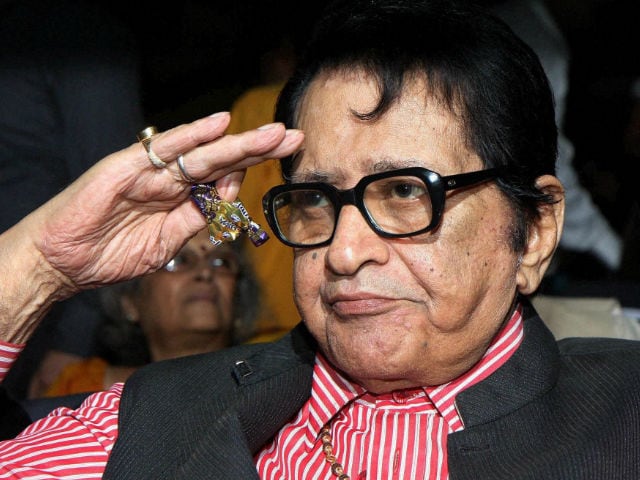 New Delhi: Manoj Kumar, known for featuring in films with patriotic themes, will be given the 47th Dadasaheb Phalke Award - the country's highest cinema award - for the year 2015, the information and broadcasting (I&B) ministry announced on Friday. The film fraternity congratulated the veteran film actor and director, who called the honour a "pleasant surprise".

"It's a pleasant surprise. I was sleeping, and I started getting calls from my friends. I thought they were kidding, but when I read the news myself, I realised that it's for real," Manoj Kumar, 78, told IANS over phone.

"It is certainly one of the most prestigious awards we have. I am extremely satisfied with whatever I have achieved in my life, and my family is extremely happy with this news," added the actor, whose career began in 1957. (Also Read: Manoj Kumar to Receive Dadasaheb Phalke Award)

Manoj Kumar's last big screen appearance was in the 1995 film Maidan-E-Jung. He says he will try to be more active in the film industry now.

"I have been absent from the limelight, and that's my mistake. I wanted to make a movie and will soon make one as I want to be more active," he said.

Industry members are joyous that a deserving candidate is getting the award.

#Finally #ManojKumar to get #dadasahebphalke #award am so happy. #myguru

Congratulations Manoj Kumar Ji for DADA SAHEB PHALKE AWARD. Your films taught us what it means to love your country. Jai Ho.:) #Patriotism

Born in July 1937, in Abbottabad, then part of pre-independent India, Manoj Kumar shifted to Delhi when he was 10. After graduating from Hindu College, University of Delhi, he decided to enter the film industry.

After making his film debut with Fashion, he got his first lead role in Kaanch Ki Gudia in 1960. And his image as the patriotic hero started with the 1965 film Shaheed, based on the life of freedom fighter Bhagat Singh.

After the Indo-Pakistan War of 1965, Prime Minister Lal Bahadur Shastri asked him to create a film based on the popular slogan Jai Jawan Jai Kissan. The result was Manoj Kumar's magnum opus and his debut as director, Upkar (1967). The film helped him to bag the National Film Award, and it was also the first time that he took on the screen name Bharat - which he used in multiple films thereafter.

Manoj Kumar is remembered for his films Hariyali Aur Raasta, Woh Kaun Thi?, Himalaya Ki God Mein, Roti Kapda Aur Makaan, and Kranti, and his body of work was recognised by the Indian government with a Padma Shri, the fourth highest civilian award, in 1992.

The coveted award - introduced to commemorate the contribution of 'Father of Indian Cinema' Dadasaheb Phalke to showbiz - is conferred by the Government of India for outstanding contribution to the growth and development of Indian cinema. The award consists of a Swarn Kamal (Golden Lotus), a cash prize of Rs 10 lakh and a shawl.