Aditi Rao Hydari On Her Mother: 'Everything I Am Is Because Of Her' 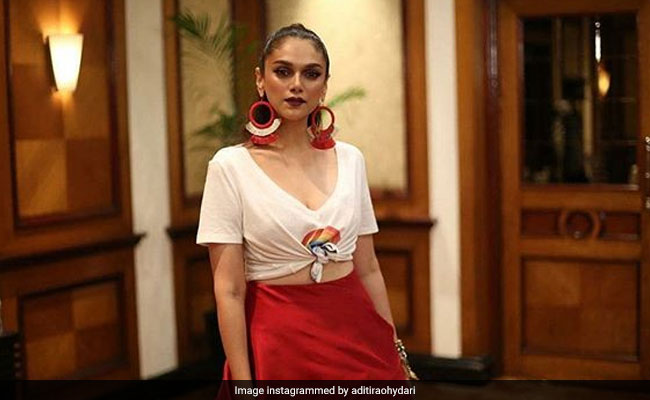 "No matter how badly you behave, or what tantrums you throw, or how bratty you are, mothers just love you unconditionally," said 32-year old actress Aditi Rao Hydari, in a Facebook post for Humans Of Bombay, a blog known for sharing powerful real-life stories on social media. Speaking to Humans Of Bombay, Aditi shared some of her most cherished memories with her mother, whom she dearly misses after she moved out of her house. Aditi's mother Vidya Rao, a trained classical singer, used to play her taanpura every morning and the actress fondly recalls waking up to the sound of the instrument each day. "My mother sings classical music. I used to wake up to the sound of the taanpura every morning. Now that I've moved out and live by myself, I realise how much I used to take that for granted. And how much I miss it....miss her," read an excerpt from her post for Humans Of Bombay.

"She calls me 'Adu'. But the minute she looks at me and says, 'Aditi', that's it! I know I'm in trouble. I just stop whatever it is I'm doing because that one word is enough," she added in the post.

Aditi credited her mother for everything she has achieved in her life so far and said: "But honestly, she's the most gentle person I know - everything I am is because of her. They always put you before anything, or anyone else. You can never replace that kind of love - it's so pure."

Promoted
Listen to the latest songs, only on JioSaavn.com
Comments
aditi rao hydari humans of bombayHumans Of Bombay