In Ad Astra, Brad Pitt plays the role of a skilled but emotionally worn astronaut 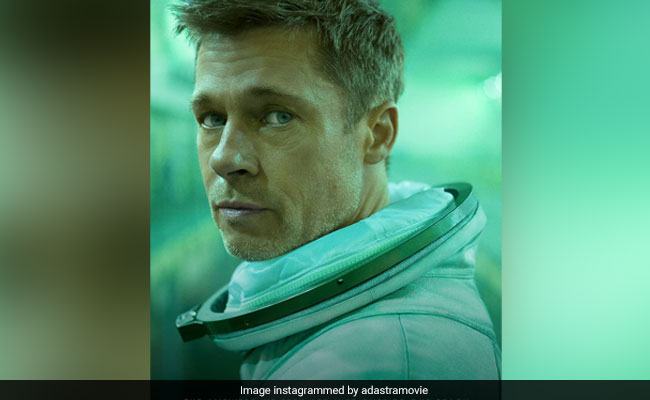 When Brad Pitt is on a panel with NASA officials, he's the one with the questions. "If we were going to make a trip to Mars, we would have to take off from the moon, because of the lack of gravity?" he hesitantly asked spacesuit engineer Lindsay Aitchison Monday afternoon, as part of a Washington Post Live event centered on Brad Pitt's latest film, Ad Astra. Joining them were the writer-director, James Gray; lunar scientist Sarah Noble; and panel moderator Ann Hornaday, chief film critic at The Post.

Lindsay Aitchison's affirmative response ("It's helpful"), coupled with a distilled scientific explanation, was characteristic of much of her and Noble's responses to Brad Pitt's earnest questions. He was soon outdone by an inquisitive James Gray, who explained his granular knowledge of Neil Armstrong's talk-show appearances by joking, "I don't get out much."

James Gray's commitment to portraying space with accuracy over allure is obvious throughout Ad Astra. The sci-fi thriller, set for a Friday release, takes place in the near future and centers on Maj. Roy McBride (Brad Pitt), a skilled but emotionally worn astronaut recruited to determine and shut down the source of unbridled energy causing destructive power surges throughout the solar system. The source is believed to be near Neptune, which also happens to be the last known location of the Lima Project, a decades-old effort to discover extraterrestrial life commandeered by Roy's father (Tommy Lee Jones).

Roy had long presumed his father to be dead, and the revelation that he might not be - and that the Lima Project might be causing the surges - leads Roy to embark on two journeys: the literal one to Neptune, and an equally harrowing exploration of solitude.

"I can't think of any other film that actually" meditates on that topic, Brad Pitt said. "We're usually dealing with benevolent aliens who are going to impart some wisdom, or they're going to destroy us and we have to stand up and fight. But this question of, what if we're actually alone? . . . What does that mean? Are we missing something?"

Given that Brad Pitt is largely seen on-screen alone, the film often forgoes interpersonal conversations as a means of establishing Roy's head space throughout the journey and favors voice-overs pulled from the daily psychological evaluations Roy must complete. (During the panel, Hornaday drew a parallel between this method and the narrative technique Francis Ford Coppola employed in Apocalypse Now).

"That's kind of what we were after, in a sense," James Gray said. "We have to look so far out that way to recognize that our interiority is what's really astounding."

Though Brad Pitt joked that he is the sort of actor who doesn't do much research beforehand, he and Gray frequently wondered how much Ad Astra got right. (The scientists seemed to skirt around this answer.) Nonetheless, the men conversed with Lindsay Aitchison and Sarah Noble about the current state of NASA's lunar exploration - Noble said she hopes the moon will become a commercial destination within her lifetime - and tried on spacesuit gloves that Aitchison brought with her.

Brad Pitt followed the panel's formal conclusion with a couple more questions of his own. The first: "Isn't it true that NASA is working on a rover that "will launch next year to Mars, that will collect samples, and then, they're working on the return of those samples to pave the way for the return of humans?" Sarah Noble responded, "Very good, yes!"

The second: "Who was more believable, George Clooney or Brad Pitt?" Lindsay Aitchison and Sarah Noble laughed, and Brad Pitt concluded, "It was Damon."