While many of us are shivering in the cold right now, Neha Sharma is soaking up beach vibes 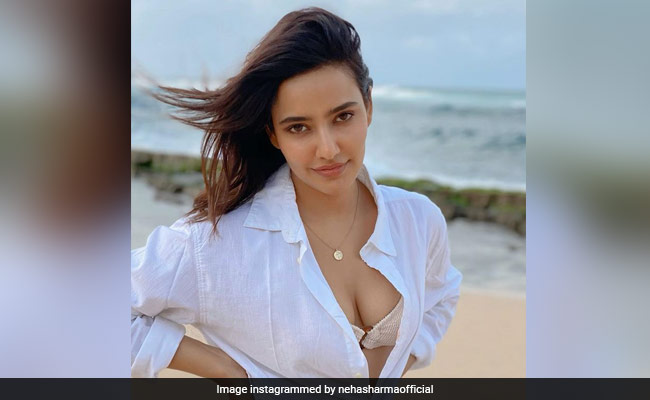 Actress Neha Sharma, best known for films such as Youngistaan and Yamla Pagla Deewana 2, is holidaying to her heart's content and sharing envious glimpses of her vacation diaries on Instagram. Neha Sharma's latest holiday postcard on Instagram came from destination California. And oh boy, we are so jealous right now. In the photo, the 32-year-old actress can be seen soaking up the California sun on a beach outing. While many of us are shivering in the cold right now, Neha Sharma can be seen enjoying the sun, the sea and the sand on a California beach. In the Instagram photo, she looks cute as a button in a corduroy bikini with a white shirt thrown over as a shrug.

The Kyaa Super Kool Hain Hum actress, who has been travelling with her sister Aisha Sharma, was in Hawaii earlier and posted these entries. Neha Sharma is a true blue beach bum. "In Hawaii they say Honu is a symbol of good luck and wisdom. Feeling blessed to be in their company this afternoon," she wrote for a photo.

In Hawaii they say Honu is a symbol of good luck and wisdom.Feeling blessed to be in their company this afternoon...#feelinglucky #honu #hawaii #somethingaboutnovember

Actress Neha Sharma made her film debut with Telugu movie Chirutha in 2007. Three years later she stepped into Bollywood with 2010 film Crook, directed by Mohit Suri. Neha Sharma's resume also includes films such as Mubarakan, Solo, Youngistaan, Jayantabhai Ki Luv Story and Teri Meri Kahaani. She will next be seen in Tanhaji: The Unsung Warrior, starring Ajay Devgn and Kajol and releasing on January 10.