Sharing a photo of her baby bump, Evelyn wrote: "Can't wait to hold you in my arms" 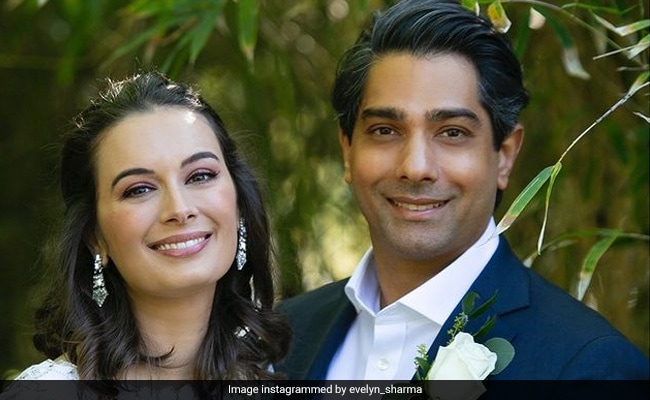 Congratulations, Evelyn Sharma and Tushaan Bhindi. The couple, who got married earlier this year, are expecting their first child together. The Yeh Jawaani Hai Deewani actress, on Sunday, posted a stunning photo of herself announcing her pregnancy in an Instagram post. She can be seen sun-bathing in a monokini in the photo. We also got a glimpse of her baby bump in the picture. Sharing the sun-kissed photo, Evelyn wrote: "Can't wait to hold you in my arms" and accompanied her caption with a pregnant woman and a child icon. Celebrities like Sonal Chauhan, Elli AvrRam and Elnaaz Norouzi congratulated the actress in the comments section of her post.

Evelyn Sharma got married to her longtime boyfriend Tushaan Bhindi in May. The actress announced her wedding by sharing dreamy pictures from her wedding in June. "Forever," she captioned one photo while sharing another, she wrote: "Mr and Mrs Bhindi. Big big thank you to everyone who made this small ceremony the very best day of our lives!"

Earlier, speaking to Bombay Times in an interview, Evelyn Sharma opened up about marrying Tushaan and said: "There's no better feeling than being married to your best friend. We're so excited about spending our life together."