"Since it's been months am absconded and bombarded with plethora of messages, it's time I tell you guys, I'm on my deathbed," read Divvya Chouksey's final message 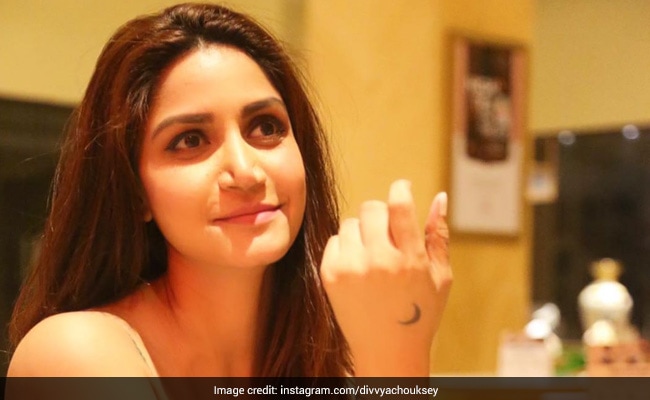 Actor-singer Divvya Chouksey died on Sunday after a year-and-a-half long battle with cancer. She was 28.

According to director Monjoy Mukerji, who worked with the actor in her debut Hai Apna Dil Toh Awara in 2016, Divvya died in her hometown Bhopal.

"She was suffering from cancer for about one-and-a-half years now. She got cured, but it relapsed after a few months. This time she could not come out of it. She passed today morning in her hometown Bhopal," Monjoy told PTI.

The director said Divvya'' death had deeply saddened him as he had several fond memories of working with the actor in his first feature film.

"She was such a chirpy enthusiastic, fiery girl. She was so passionate. Within a short period of time, she bagged the film and was doing well. Her death has shocked me," he added.

A night before her death, Divvya wrote on her Instagram Story that she was on her "deathbed".

"Words cannot suffice what I want to convey, the more the less... Since it's been months am absconded and bombarded with plethora of messages, it's time I tell you guys, I'm on my deathbed. "Sh** happens, I'm strong. Be there another life of non suffering. No questions please, only god knows how much you mean to me," she wrote. 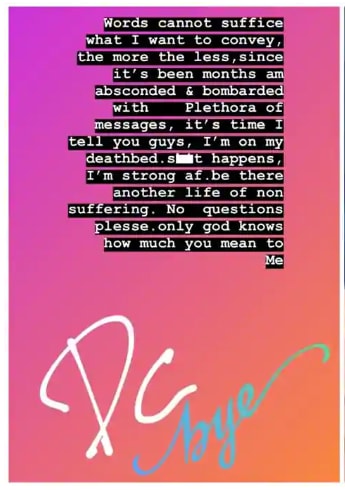 Sahil Anand, her co-star from Hai Apna Dil Toh Awara, said he spoke to Divvya last week and sensed her health was deteriorating.

"I had a word with her last week on video call and she was in a very bad state. I figured she won't survive for long. Yesterday she posted that story and today she passed away," Sahil told PTI," Sahil told PTI.

After her debut in films, Divvya also turned singer with the single Patiyaale Di Queen in 2018.