Hrithik Roshan Gets Apology From Angela Krislinzki For 'Misleading Headlines' 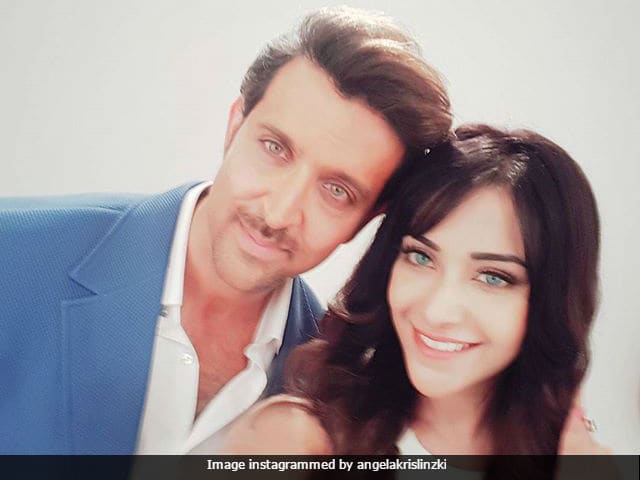 New Delhi: Model and actress Angela Krislinzki has apologised to actor Hrithik Roshan for an interview in which she claimed he was a 'friend and mentor' and was taking an interest in her career. Hrithik, who has made two commercials with the part Spanish Angela, tweeted on Tuesday with a screenshot of the interview - given to DNA - baldly asking, "Dear lady, who are you and why are you lying?" Angela Krislinzki explained herself in a tweet of her own, writing: "I respect you a lot sir and I am sorry for such misleading headlines. It's really hurtful. I have admired you as an actor just like millions others but I have been fortunate enough to work with you in two TVCs. When I say mentor I meant someone who inspired my life in right direction. This all began during the press meet of my film, someone asked me how I thought of entering acting in spite of foreign looks, so I replied when I was shooting with Hrithik Roshan, his few inspirational words inspired me. He said work on yourself your acting nobody can stop you. My looks are also different but its your performance is that outbeats anything...that day changed and life and my acting journey began... the article only speaks about how inspirational you have been to me just like you have been to million others. I would like to apologise for any inconvenience occurred to you."

The Agneepath actor accepted her 'graceful' apology and wished her the best for her career.

@angelakrislinzk Yes misleading headlines indeed. Graceful of you to clarify and apologise though. Wishing you the best for your career

Promoted
Listen to the latest songs, only on JioSaavn.com
Angela Krislinzki told DNA, among other things, that Hrithik Roshan, 43, was considering offering her a film and that she 'keeps him informed' about her career. "I'm happy that I have found a great friend and mentor in him," she told DNA. Angela is trying to break into the South film industry. She appeared in a song in the Anushka Shetty film Size Zero and has a starring role in Puri Jagannadh's upcoming film Rogue.

Hrithik Roshan was last seen in Kaabil, co-starring Yami Gautam. He is expected to start work on Krrish 4, directed by his father Rakesh Roshan.