"Between '83 and Chhichhore, two very distinct genres, I have played five different kind of sports in the last one year," he said 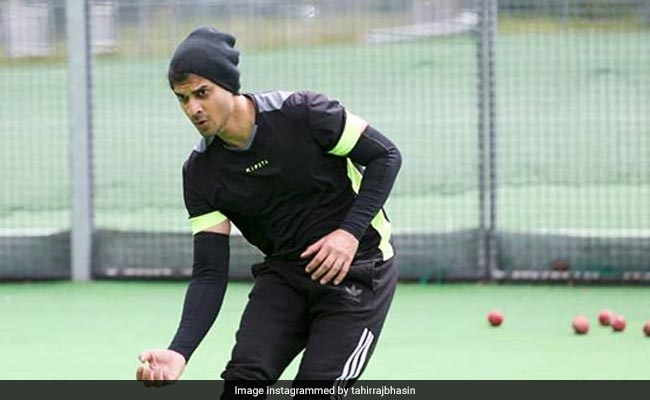 Tahir Raj Bhasin will next be seen in '83 (courtesy tahirrajbhasin)

Actor Tahir Raj Bhasin says he had to train for four months in four separate sports to prep for his character in the upcoming film Chhichhore.

"I can't reveal much about Derek from Chhichhore, except that he is one of the most layered and fun characters that I have played... But it is true that Derek has a sports champ vibe in his college."

"I underwent four months of intense training in 4 different kind of sports -- athletics, football, kabaddi and volleyball to get Derek's attitude right," Tahir said in a statement.

The Mardaani actor, who will be seen playing a sports champion in the film, said that to perfect each sport he had to train under different national coaches, training for about four to five hours hours daily.

"We shuttled between different sports and this gruelling process crafted what Derek eventually became, an authentic sports champion. Between '83and Chhichhore, two very distinct genres, I have played five different kind of sports in the last one year," he added.

Chhichhore also stars Shraddha Kapoor and Sushant Singh Rajput. It is slated to hit the screens on August 30, 2020. The film will be produced by Sajid Nadiadwala and will be presented by Fox Star Hindi.

Tahir will also be seen in Kabir Khan's upcoming film '83, which traces India's historic victory at the 1983 cricket World Cup.

"I'm truly humbled to work with epic minds like Nitesh Tiwari and Kabir Khan. Being a part of their vision has pushed my craft on and off screen and I know I have put in my 200 per cent," Tahir added.