"After all the morphed pictures, thought of saving you all some time," the Yeh Rishtey Hain Pyaar Ke actor hilariously wrote in the caption 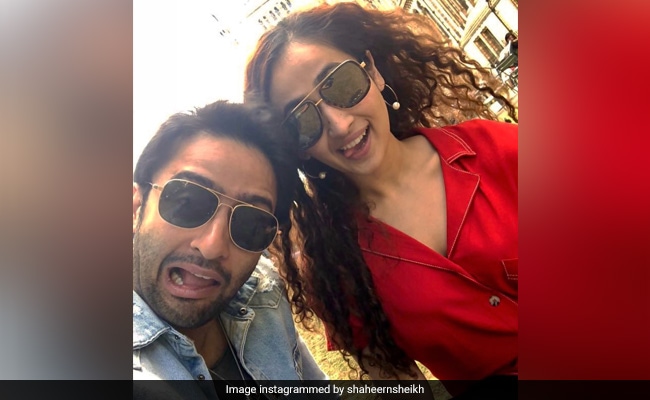 Yeh Rishtey Hain Pyaar Ke star Shaheer Sheikh made it Instagram official with actress Ruchikaa Kapoor on Thursday. The actor sent the Internet into a meltdown by posting his first picture with the actress. "Here you go... after all the morphed pictures, thought of saving you all some time," he hilariously wrote in the caption, referring to all the photoshopped pictures of himself and his girlfriend shared by fan clubs on social media. In the trending picture, Shaheer Sheikh and Ruchikaa Kapoor can be seen making goofy faces while posing for the camera. Reacting to his post, Ruchikaa commented: "Best" with a heart icon. Aren't they adorable?

Check out the actor's picture with Ruchikaa Kapoor here:

Here you go... after all the morphed pictures, thought of saving you all some time. #ikigai #madMe #girlwiththecurls

Shaheer Sheikh and Ruchikaa Kapoor have been dating for quite some time now. Earlier, Shaheer Sheikh teased his fans about his rumoured relationship by sharing two pictures of Ruchikaa Kapoor from an outdoor location and calling her "his girl" in the caption. Here's the post we are talking about:

Mommy there is something in the backyard.. #swipeleft #ikigai #madMe #girlwithcurls

Ruchikaa Kapoor, who is an actress, is a part of Ekta Kapoor's production house Balaji Motion Pictures Ltd. She is also a good friend of the producer.