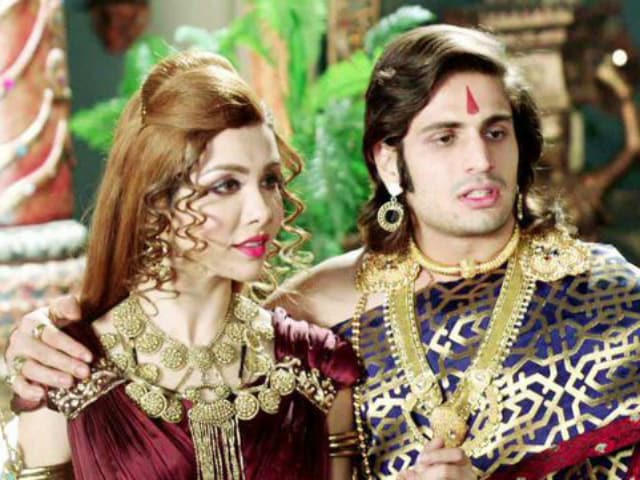 Rajat Tokas and Tanu Khan in a still from Chandra Nandini

New Delhi: Television actor Rajat Tokas, who is currently playing the role of Chandragupta Maurya in TV show Chandra Nandini, has slammed the rumours of him dating his co-star Tanu Khan, who plays the role of Helena (Rajat's wife) in the serial. Rajat, 25, wrote on Twitter: "For everyone's entertainment, I act. Try and bring these characters to life, which you all enjoy, hence in my real life, there's no drama." Not just this, the actor wrote a series of tweets to express his annoyance with the rumours. He said that the false news has 'hurt' him and he could have filled a 'defamation case' but it's 'pointless.' Rajat assured his fans that now he is 'calm' and in 'peace.' Chandra Nandini, directed by Ekta Kapoor, also stars Shweta Basu Prasad in the lead role.

For everyone's entertainment, I act.
Try and bring these characters to life, which you all enjoy, hence in my real life, there's no drama

To me, there's no such thing as cyber bullying as if someone's hurting anyone's sentiment by being negative, then just simply avoid that.

I can easily react and have a nice defamation case filed but then again. It's all pointless as they'll be happy knowing that they've hurt me

Of which, now since am calm and in my peace, no one has power to do so. Nothing can or ever will stop me from doing my work.
Am here to stay

Worst part of these fake allegations and rumours is people don't remember a person proving his innocence but only the gossip and drama. Sad.

Promoted
Listen to the latest songs, only on JioSaavn.com
Rajat married his long-time girlfriend Srishti Nayyar, who is a theatre actor, in 2015. Earlier, a report by SpotboyE quoted a source as saying: "Rajat and Tanu are inseparable. In between takes they spend time in each other's vanity vans and even leave the sets together after pack-up. We also hear that Rajat and Tanu recently enjoyed a night-out together."

Rajat Tokas started his career as a child actor and got his first role in a DD National serial Bongo. He later acted as Tantya in Sai Baba in 2005. The actor had been awarded majorly for his portrayals in historical dramas including Dharti Ka Veer Yodha Prithviraj Chauhan and Jodha Akbar. Rajat has been in the industry for more than a decade now.