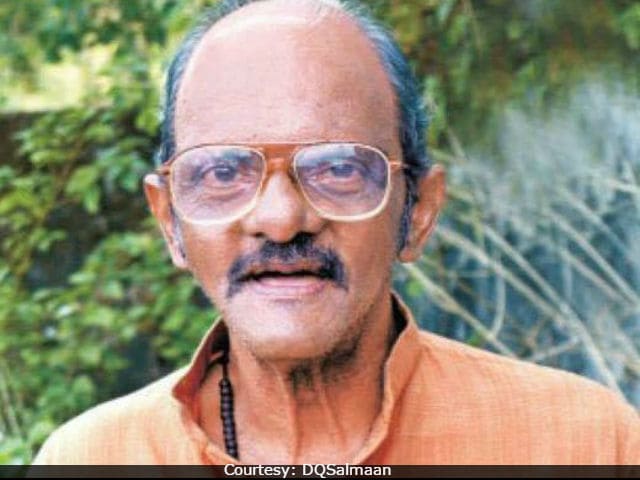 New Delhi: Veteran actor Munshi Venu, who is known for playing supporting roles in Malayalam films, died on Thursday in Thrissur. He was 63. Many people from the industry including actors Dulquer Salmaan and Aju Varghese paid their tributes to Mr Venu. The actor was diagnosed with kidney-related ailments and was undergoing a treatment at a private hospital in Thissur's Chalakuddy, reported Mathrubhumi. Munshi Venu has acted in films like Pachakutthira, Chotta Mumbai, Kadha Parayumbol, Utopiyayile Rajavu, Salt 'n' Pepper, Kanyaka Talkies, Immanuel and Daddy Cool. He has acted in more than 60 films. His cremation will be held on Saturday, reported Mathrubhumi. "Always loved him in Munshi," wrote Dulquer Salmaan on Facebook.

According to Matrubhumi report, the actor didn't have a house of his own and was living in a lodge at Chalakudy for the past 10 years. Munshi Venu also had to struggle for his hospital expenses during his last days. He was admitted to the hospital by the residents of the area. Munshi Venu belongs to Thiruvananthapuram.

Promoted
Listen to the latest songs, only on JioSaavn.com
His comic performance in Chotta Mumbai and Thilakkam made him popular in the industry. Actors Mammootty and Rajeev Pillai had offered financial support to Munshi Venu when he was struggling for medical help, reported International Business Times.

He is best known for his role of a panchayat member in the 2000 television series Munshi. Munshi Venu co-starred Mohanlal in Chotta Mumbai. He debuted on big screen with the comedy drama Pachakutthira. The film featured Dileep and Gopika in the lead. The film was successful at the box office.