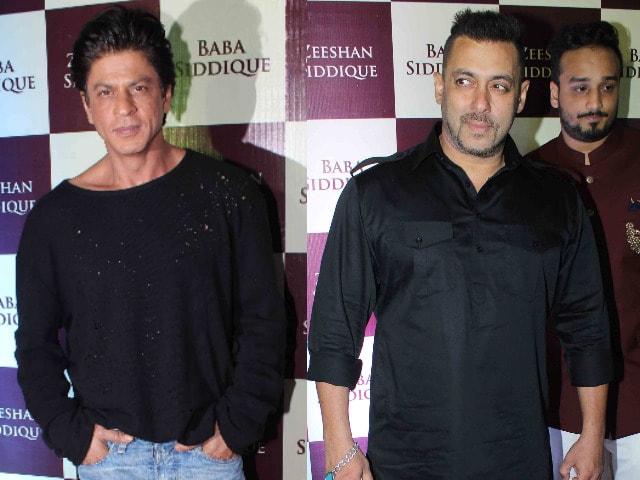 New Delhi: Super Khans Shah Rukh and Salman attended politician Baba Siddique's annual iftaar party in Mumbai on Sunday, as they do. In previous years, this iftaar party has provided the once-warring stars an opportunity to mend their broken friendship.

This year, Shah Rukh and Salman were colour co-ordinated in black, with SRK in a casual look while Salman was handsome in black kurta-pyjama. 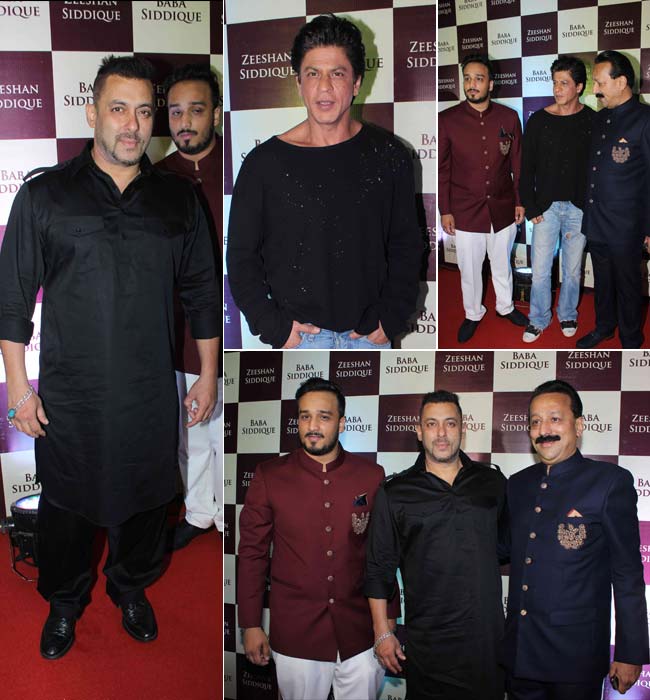 In the years before they ended their feud, the Khans, both 50, were photographed hugging at Baba Siddique's parties. The Karan Arjun co-stars conducted a bitter six-year cold war after falling out at actress Katrina Kaif's birthday party in 2008. They repaired their relationship in 2014 at Salman's sister Arpita's wedding.

Both Katrina and Arpita were at Sunday's iftaar festivities - Kat in a Manish Malhotra anarkali, with director Kabir Khan, and Arpita with husband Ayush and three-month-old son Ahil. 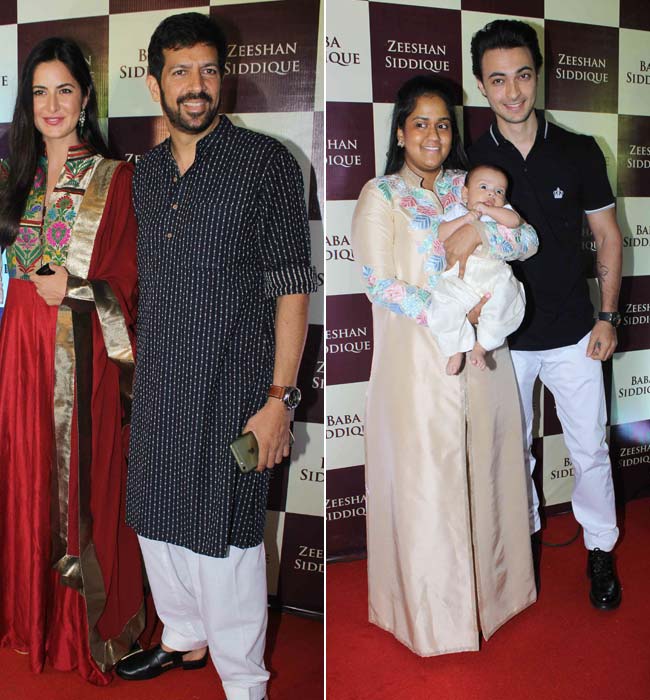 Salman's other sister Alvira was escorted by husband Atul Agnihotri and family patriarch Salim Khan was accompanied by second wife Helen. They posed for a picture with Mr Siddique and his son Zeeshan. 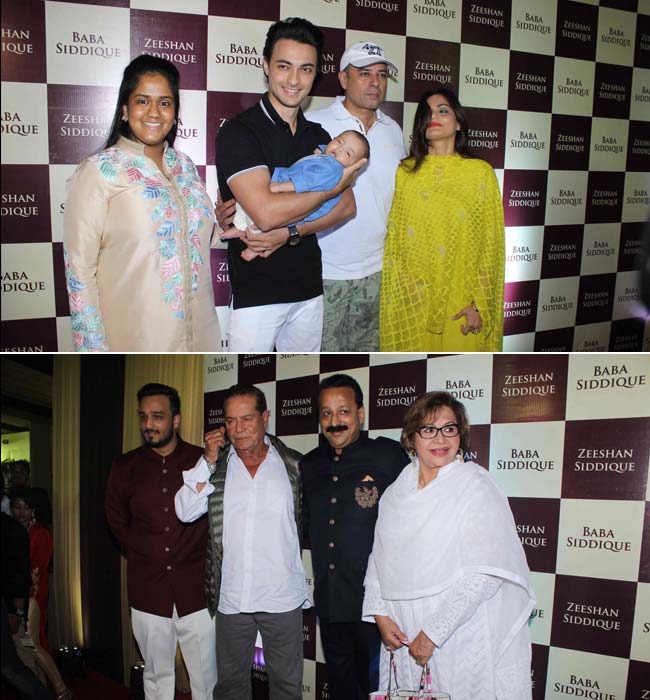 Arpita tweeted another picture of herself with Ahil and Alvira: 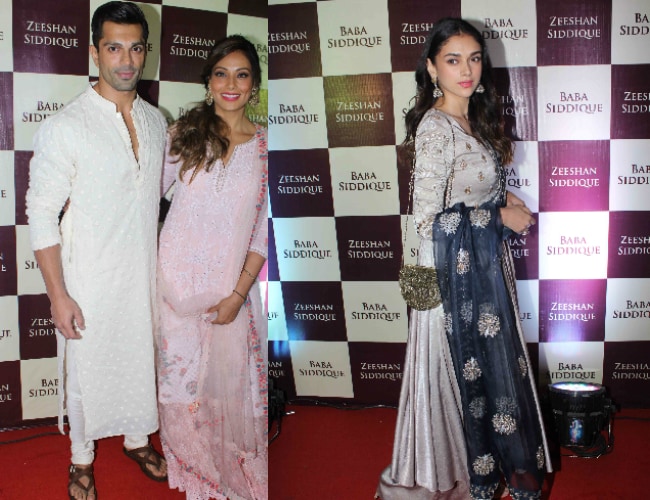 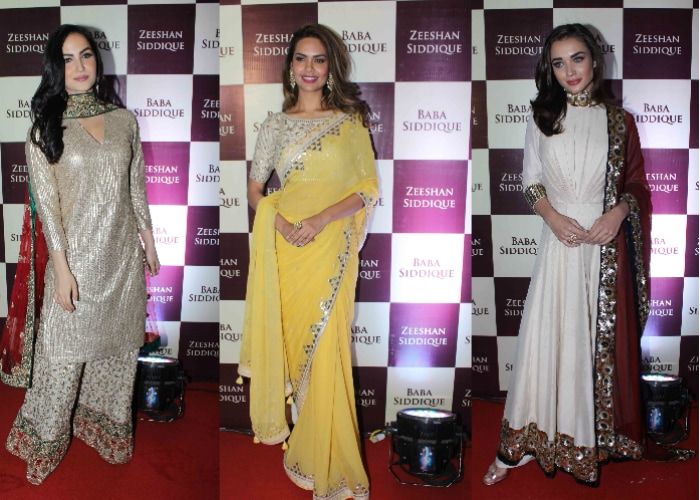 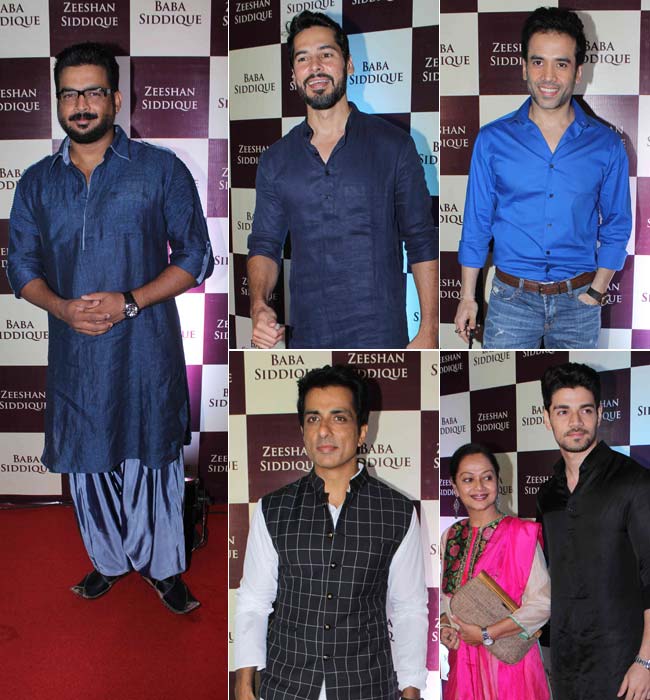 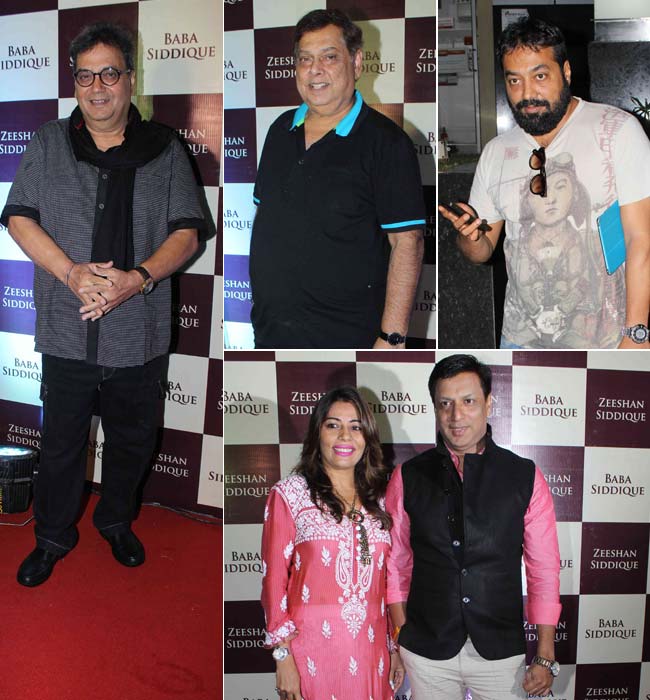