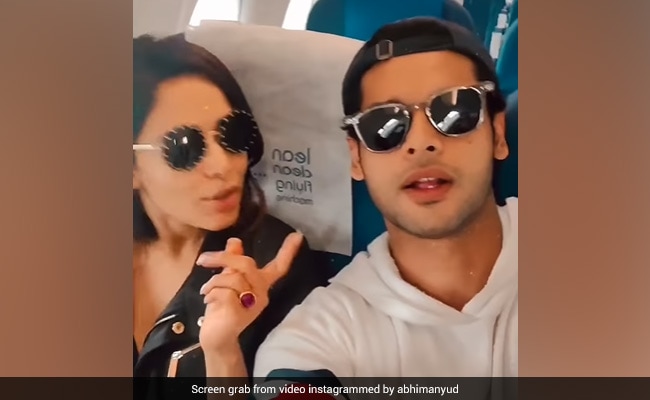 Abhimanyu Dassani is all set for the release of his upcoming film, Nikamma. And, amid the promotional spree of the fun family drama, Abhimanyu Dassani ran into his colleague Nushrratt Bharuccha on an early morning flight. And given the timings of the flight, Abhimanyu caught Nushrratt in an extremely sleepy mood. But this did not stop him from engaging in a conversation with the actress, much to Nushrratt's (feigned) annoyance. In a video shared on Instagram, Abhimanyu says, “Early morning flight with Nush. I'm excited. It's been a long time since we've caught up.”

To this, Nushrratt Bharuccha says, “I want to sleep.” But not one to let go, Abhimanyu Dassani asks her to sleep after the flight.

Upon hearing this, Nushrratt Bharuccha says, “Tu kutta paal le lekin yeh veham matt paal ki main puri flight tere liye jagi rahugi, tujhe entertain karungi. Mai ja rahi hu sone. (Don't live under this misconception that I am going to stay up for the duration of this flight to entertain you. I am going to sleep),” inspired by a popular dialogue from Nikamma.

It looks like Nushrratt Bharuccha, whose film Janhit Mei Jaari is bringing her great reviews, was really quite sleepy on her early morning flight. She even posted an Instagram Stories that said, “Dying,” with a sticker showing an empty fuel tank. 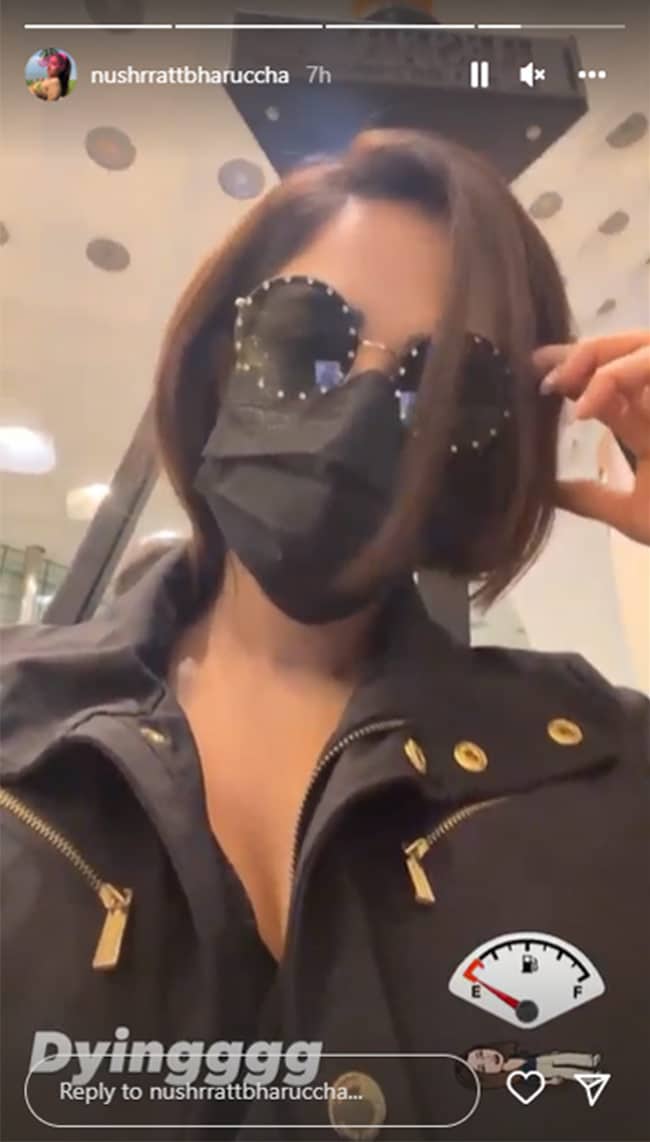 Meanwhile, Abhimanyu Dassani is leaving no stone unturned to promote his film Nikamma. A few days ago, Abhimanyu even shared a behind-the-scenes video of his day with the cast of his film, which includes Shilpa Shetty and Shirley Setia.

In the clip, Abhimanyu Dassani is getting his makeup done and heading out to shake a leg with his co-stars and unveil a poster of the film. In the caption, he said, “BTS.”

Before that, Abhimanyu Dassani shared a picture of himself, flaunting his biceps and toned physique. Along with the black and white image he said, “Nikamma's Anatomy.”