Abhijeet claimed he was not credited appropriately in certain films, one of them Om Shanti Om, because of which he "refused to sing" for SRK 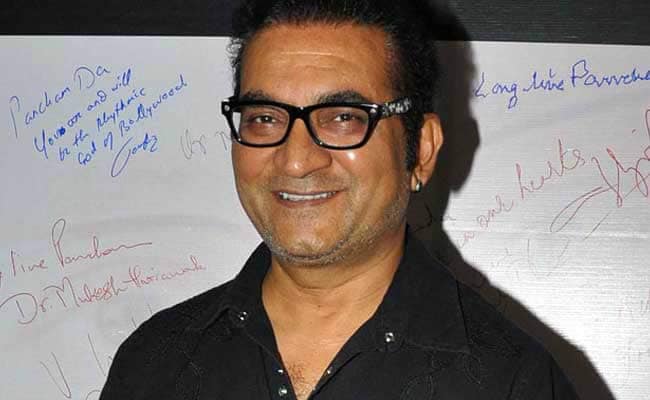 Singer Abhijeet Bhattacharya, who was the signature voice of Shah Rukh Khan in evergreen songs from the Nineties, spoke about his grievances against the 52-year-old superstar yet again as he was asked why he stopped singing for Shah Rukh at a recent summit. Abhijeet, who had previously claimed that he and his fellow singers were not credited appropriately in films such as Main Hoon Na and Om Shanti Om, appeared to reiterate his old complaint against Farah Khan and Shah Rukh, stressing that it was he who eventually "refused to sing" for Shah Rukh Khan. "Mera kaam tha superstar banana mere awaz se. Till the time I sang for Shah Rukh, he was a rockstar. When I stopped singing for him - it was me who refused to sing for him - he came down to Lungi Dance," the singer said at an India Today summit held recently.

Mr Bhattacharya also appeared to make a reference to Farah's 2004 film Main Hoon Na, starring Shah Rukh Khan in the lead, when he said the he was offended for the "first time" for not being credited duly: "Spotboys, assistant hair stylist, assistant dress maker - they credited everybody in the casting except the singers." Abhijeet Bhattacharya's current statement appears to be a replication of what he had said in an interview to Times Of India in 2012. Three years after he last sang for the 52-year-old superstar, Mr Bhattacharya had said that fact that he mentioned being offended by the singers' names appearing at the end of credits' list to both Shah Rukh and Farah: "I don't know why our filmmakers never give singers due credit. During the end credits of Main Hoon Na, the singers' names appeared right at the end. Worst still, segments were shot with the chaiwalas and dressmen, but not with singers. My family saw the film and felt betrayed. The same happened with Om Shanti Om. And here I am... Shah Rukh Khan's voice! I conveyed my disappointment to Farah Khan and Shah Rukh Khan."

Citing the movie Om Shanti Om, also starring Shah Rukh and directed by Farah Khan, something similar happened in 2007, claimed Mr Bhattacharya: "There was a song which all heroes and stars had sung - it was just my voice. In the end, none of the singer's names came up. Once the lights were off and the cleaning was going on, came our names. That's when I felt self-respect is required". The singer added: "When I deserve to be named then why should I let this happen?"

Abhijeet and Shah Rukh collaborated for the first time with Anjaam's Badi Mushkil Hai in 1994, after which he famously sang chartbusting hits, featuring Shah Rukh Khan, for films such as Yes Boss, Asoka, Josh, Duplicate, Baadshah and Chalte Chalte. In 2009, he sang the original version of Billu Barbar from Khudaya Khair Shah Rukh but later insisted that the track must picturised with the actor in it, because of which another version was created to include the song in the movie. Other than Shah Rukh Khan, Abhijeet has also sung for Akshay Kumar and Saif Ali Khan in the Nineties.

Abhijeet Bhattacharya has often featured in headlines for being at the epicentre of controversies - in 2015, he was accused of harassing a woman during Durga Puja celebrations. In 2016, Abhijeet was in the midst of a controversy because of his abusive comments to a female journalist on Twitter - an FIR was lodged against him, following which he was arrested and later released on bail. Meanwhile, he also engaged in a battle of words on Twitter with actress Sonam Kapoor. The following year in May, his Twitter account was suspended over offensive tweets to female users, including JNU student activist Shehla Rashid.