Abhay Deol "Paid The Price" For Being Outspoken: "It Does Burn Bridges"

Abhay Deol said that "a risk of being judged" is the hefty "price" one has to pay for taking a stand "but that's a price I am ready to pay." 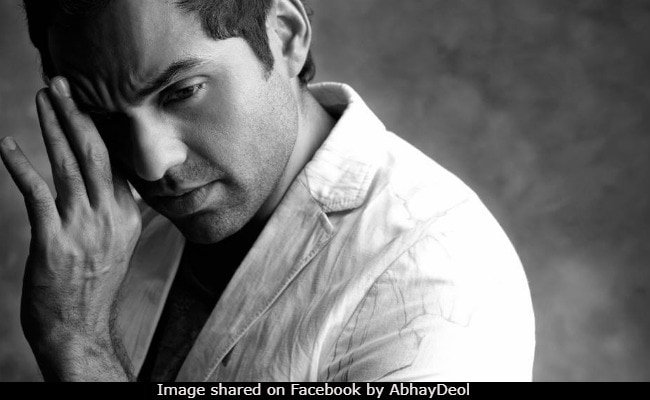 New Delhi: Abhay Deol, who is all set for his Tamil debut, has an interesting collection of films on his resume but apart from his impressive line-up of films, the 42-year-old actor also has a reputation for being strongly opinionated, which is often termed as him being outspoken. In a recent interview with mid-day, Abhay was asked about the repercussions of his "outspoken nature" when he said: "It does burn bridges." Last year, the actor trended a great deal after his public advocacy against racism. Abhay launched a scathing attack on his colleagues for endorsing fairness creams and those on his list included the likes of Shah Rukh Khan, Deepika Padukone and Sonam Kapoor, with whom he's co-starred in Aisha. Abhay's posts were responded with likes and comments, mostly supporting his view.

Now, in his interview to mid-day, Abhay said he deals with the "backlash" in his own way: "There have to be consequences to actions, and there has been to mine. There has been backlash, but I don't hang around it enough to experience it."

Abhay Deol added that "a risk of being judged" is the hefty "price" one has to pay for taking a stand "but that's a price I am ready to pay." He also added: "I am trying to be true to the work that I want to do and be allowed to make the choices that I want to make. To get there, we have to take stands."

Promoted
Listen to the latest songs, only on JioSaavn.com
After his criticism of celebs being the face of several fairness ads last year, there was a strong response from Sonam Kapoor, who plugged in Abhay's cousin Esha Deol's reference in her tweets. Sonam, trolled for bringing in Esha in the conversation, later deleted her tweets but Abhay's response remained.

Abhay Deol is best known for films like Dev.D, Aisha, Zindagi Na Milegi Dobara and Oye Lucky! Lucky Oye!. He will next be seen in horror comedy Nanu Ki Jaanu and his Tamil debut Idhu Vedhalam Sollum Kadhai is also lined-up for release.