Who needs enemies when you have a son like Aarav? Twinkle Khanna surely doesn't 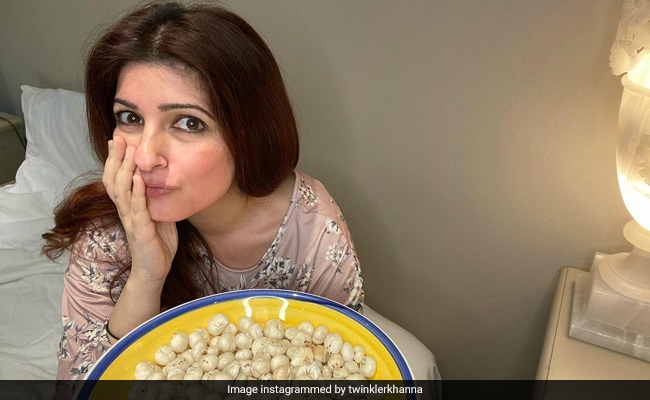 Who needs enemies when you have a son like Aarav? Twinkle Khanna surely doesn't. The former actress was pranked by her son Aarav recently and Twinkle was sporting enough to narrate the ROFL story on Instagram. It appears, Aarav clicked a photo of her mom doing a complicated work out routine and created a meme out of it - "Neighbours report shocking news as Twinkle Khanna has allegedly been possessed by a demon," he described the photo. Aarav then dared to share this creation of his on the family chat. In her defense, Twinkle Khanna wrote: "Who needs enemies when you have a son who puts this up on the family chat. By the way, I was doing a 'bent-over reverse dumbbell fly' a term I would not even know a year ago."

Twinkle Khanna and actor Akshay Kumar are also parents to daughter Nitara. She recently summed up her mom life in an ROFL post, featuring both Nitara and Aarav: "Being a mom involves quick transitions-it's a matter of seconds before you go from lazing peacefully on the grass into the midst of a war zone!"

Twinkle Khanna, a former actress, switched careers to become a best-selling author of these books: Pyjamas Are Forgiving, The Legend Of Lakshmi Prasad and Mrs Funnybones. She currently sports many hats - she's a columnist, an interior designer, a producer and also a Twitter humourist.