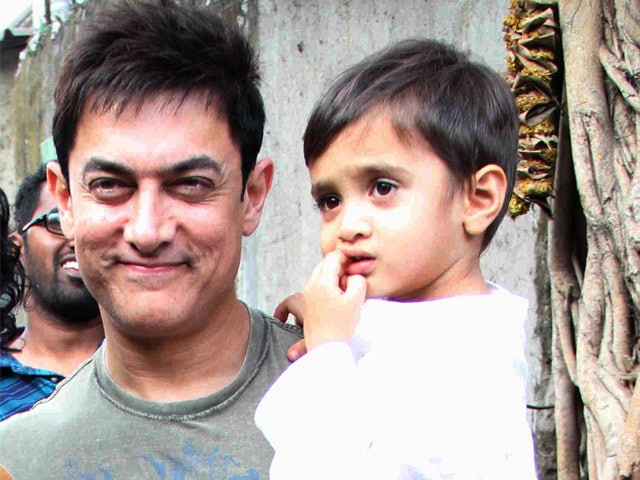 Little Azad has reportedly given PK his seal of approval.

New Delhi: The first viewer of Aamir Khan's PK is a pint-sized toddler. Aamir's three-year-old son Azad has been privy to footage from the film courtesy his father who's been babysitting through dubbing sessions.

Little Azad has reportedly given PK his seal of approval. Unlike Dhoom: 3 which scared him in parts, Azad reportedly gets very excited when he watches his famous dad on screen in PK.

Azad takes over from his grandmother, Aamir's mother Zeenat Hussain, as viewer number one of the actor's films. We're guessing she wont mind relinquishing the position to her grandson.

Aamir will reportedly also organise a special screening of the film for his buddies Shah Rukh and Salman Khan, who have recently mended a friendship that was suspended for six years after the superstars fell out at actress Katrina Kaif's party in 2008.