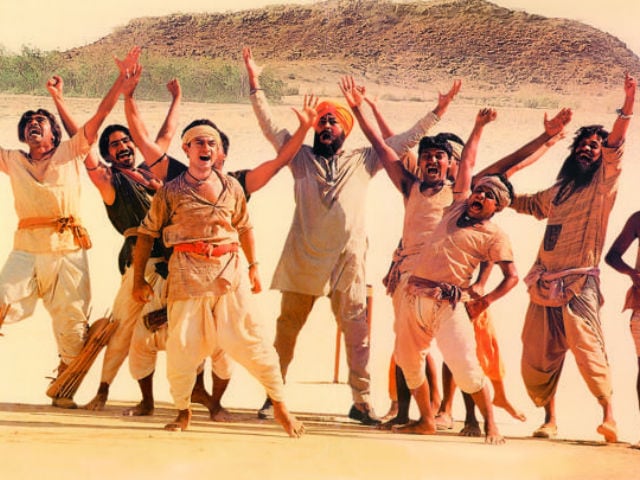 A still from the film Lagaan.

'15 Years Of Lagaan' was one of the top trends all of Wednesday afternoon.

The film that is considered to be the Bible of Cinema World. @aamir_khan wrote a new History with Lagaan.
Celebrating 15 Years Of Lagaan!

A script rejected by all stars, when touched by @aamir_khan, became the only Indian movie to reach final round of Oscars.
15 Years Of Lagaan

50 days run for a hindi movie in my town was a rare feat. 15 Years Of Lagaan did it in style..turned the theaters into stadiums.

15 Years Of Lagaan. Lagaan changed Indian Cinema and is a CLASSIC. @aamir_khan performance was LEGENDARY... pic.twitter.com/lUHChAVfMy

Lagaan, directed by Ashutosh Gowariker, released on June 15, 2001. Aamir Khan starred as Bhuvan, a young British Raj-era villager who captains a team of first-timers in a cricket match against the local British officers. The stakes are high - no taxes for three years if the villagers win, double the taxes if they lose.

No prizes for guessing who won.

Lagaan was India's official entry to 2002 Oscars and the third film to have made it into the final five after Mother India and Salaam Bombay.