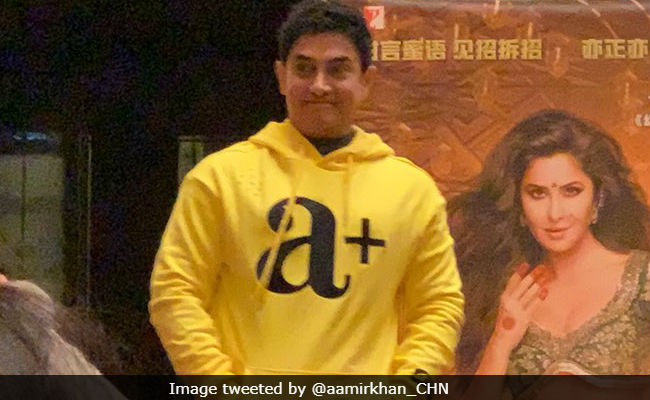 A university in China, where actor Aamir Khan was supposed to meet his fans as a part of ongoing promotions of Thugs Of Hindostan, cancelled the meet-and-greet session citing the organiser's failure to seek permission to use the campus, reported Global Times. The event was scheduled to take place in the Lavande Hotel, which is a part of Guangdong University of Finance and Economics (GUFE) campus. However, the university authority reportedly got to know about the event on the day itself. An employee of the university told alleged: "The message was spread only among a small group of students through social media. The school only knew about it when students talked about the event hours before it was about to take place. We have held similar events before and there would be no issue if the organiser had reported in advance."

As per Global Times, Weibo, who promotes Aamir Khan's films in China, said that the university had cancelled the event "unilaterally" as the "the students were overly enthusiastic." But the students allegedly denied. Swim Xinzhu, a student from GUFE, wrote on social media: "It is obviously the organiser's fault for not applying to the school to use an on-campus building," reports Global Times.

The fan meet was relocated to another hotel near the campus and it ended at around 11 pm.

Aamir Khan's Thugs Of Hindostan is releasing in China next week, a little over a month after it released in India. Thugs Of Hindostan, which was touted to be Bollywood's big Diwali treat for cine-lovers, opened to poor reviews and tanked after making mere Rs 151 crore at the ticket window.

However, the film's China release may be a game-changer for the film's worldwide lifetime business. Aamir's previous films such as Dangal, Secret Superstar and PK have fared extremely well at the box office in China.