Aamir Khan said, "I want to really do a film with Chinese and Indian talent" 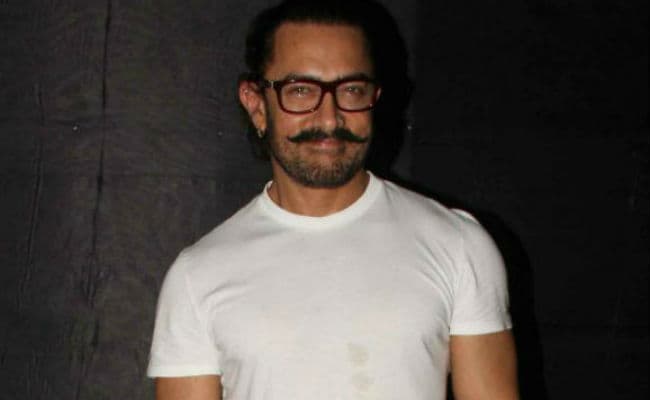 Beijing: Riding on the success of Dangal and Secret Superstar in China, Bollywood superstar Aamir Khan today said he wants to make films with a common theme featuring actors from both the countries to help improve Sino-India ties. The 52-year-old actor, who appeared at a promotional event for Secret Superstar which proved a massive hit since its release on January 19 in China, in his interactions with Chinese film personalities said: "I want to really do a film with Chinese and Indian talent".

"It will be really wonderful," Aamir said, according to video clips posted by microblogging site Weibo, which is akin to Twitter in China.

Aamir said that he would like to make movies with stories which people of both the countries would love to see.

"It would also bring two countries close. It will be wonderful for Indian audience to see the Chinese actors and Chinese talent," he said.

Aamir, along with Secret Superstar co-star Zaira Wasim, appeared in the promotional show at a five star hotel here along with several Chinese film stars.

Reports said that his film crossed Rs 200 crore since it was released. Huge crowds were seen at the theatres in several cities including Beijing and Shanghai.

Aamir has become a household name in China after the success of Dangal last year which raked up over Rs 1,100 crore since it was released in China.

It was only the 33th film in China's history to cross RMB one billion and won rare praise from Chinese leaders including President Xi Jinping for its theme.

Most of the Chinese schools recommended the movie to parents and students for inspiration.

Promoted
Listen to the latest songs, only on JioSaavn.com
Aamir's earlier movie 3 Idiots was also successful, especially with school and college kids as it dwelled on the theme of monotonous approach towards education focussing just on academic success.


(This story has not been edited by NDTV staff and is auto-generated from a syndicated feed.)
Comments
Aamir khandangal in chinasecret superstar