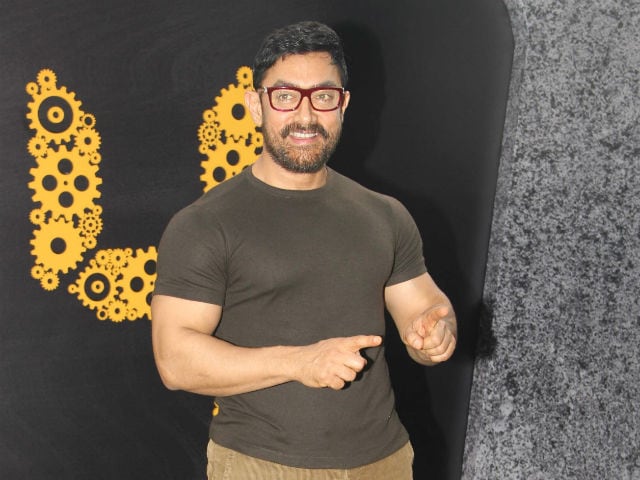 Aamir Khan was photographed at an event in Mumbai

Ludhiana: Actor Aamir Khan said that his upcoming biopic Dangal will release on its scheduled date of December 23 this year.

There were reports that the 51-year-old actor had advanced the release of the Nitesh Tiwari-directed wrestling drama by a week.

"We are coming on Christmas weekend. All the reports regarding the release date of the film are false. We are not releasing our film on December 16. It will release on December 23, which is a Friday just two days before Christmas," Aamir told reporters here.

Aamir is donning the role of popular Haryanvi wrestler and senior Olympics coach Mahavir Phogat, whose daughter became the first ever woman wrestler from India to win a gold medal in Commonwealth Games.

The actor feels the film will give a platform to the sports of wrestling. "I believe the film will promote wrestling. I learnt wrestling in the film from Coach Kripa Shankar for a year. He is a wonderful coach and has put in a tremendous effort in popularizing the game."

In his popular social-issue based show Satyamev Jayate, Aamir featured an episode on the Phogat sisters -- Geeta and Babita-- and the actor said that he got the offer to be a part of the film on them after the show.

"I got the film offer during PK. When Nitesh approached me with the film, I already knew the story as I had done extensive research during the shooting of the episode,” he said.

Besides Aamir, Salman Khan's Eid release Sultan also narrates a wrestler's journey. Asked whether he is affected by it as both the films have similar backdrop of wrestling, Aamir said, "It's just a coincidence. Both the films have different stories. Our film is a biopic. Even Salman's film is nice. I liked the recently released song by Salman."

The PK star also denied reports that he had asked Salman and Aditya Chopra (producer of Sultan) to delete a wrestling sequence from the film. "Neither we have made any changes in the script nor have we asked others to do any. There are very few strokes in wrestling and it is inevitable to have different strokes," he said.