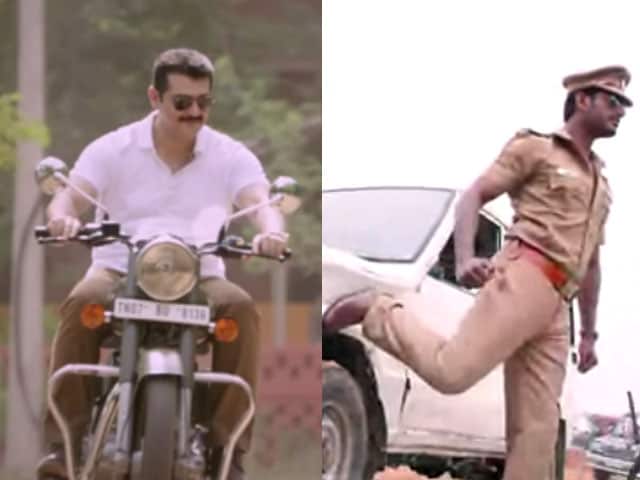 Theatrical trailers of Tamil films Aambala and Yennai Arindhaal, which are scheduled for release during the festive occasion of Pongal, were unveiled online on Thursday on vido-sharing site Youtube on the occasion of New Year.

Ajith and Gautham have teamed for the first time in Yennai Arindhaal, which has cinematography by Dan MacArthur.

An out-and-out commercial entertainer, the film features Vishal as a policeman. He has teamed up with director Sundar C for the second time after Madha Gaja Rajaa.