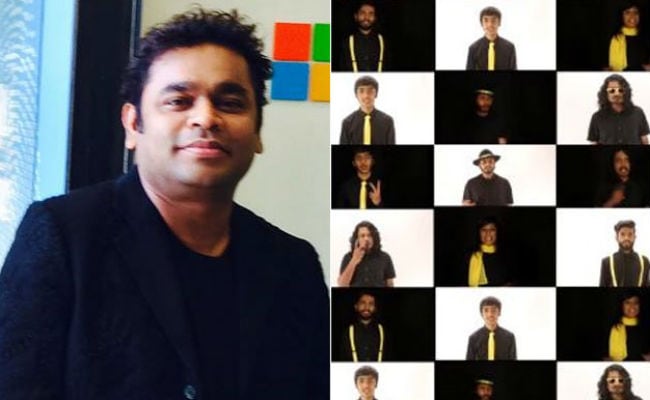 A R Rahman photographed in Mumbai.

Mumbai: A R Rahman's new single The Flying Lotus released today and the Oscar-winning composer said that through his song he wanted to show people's "admiration and resentment" towards demonetisation. Last year on November 8, Prime Minister Narendra Modi announced the biggest-ever demonetisation exercise, India has ever seen by suddenly withdrawing Rs 500 and Rs 1,000 notes from public use in a bid to clamp down on black money and fake currency menace. November 2016 was an interesting phase for India as the government announced demonetisation. As India continued to rise on the path to progress, what were its citizen's feelings and what about the impact of demonetisation on ordinary folks?

"With The Flying Lotus, I have tried to capture people's unspoken admiration as also the loud resentment of an interesting occurrence of historic proportions through the language of music," A R Rahman said in a statement.

Conducted by Ricardo Averbach, The Flying Lotus is a 19-minute-long music piece in collaboration with the Internationally renowned Seattle Symphony.

Promoted
Listen to the latest songs, only on JioSaavn.com
The Flying Lotus is available Worldwide on physical and digital formats exclusively on Universal Music Group.