A R Rahman Is The 'Quincy Jones Of India,' Says This Rapper

"I have always been a fan of his music and that's just one of the songs that I love," said the rapper 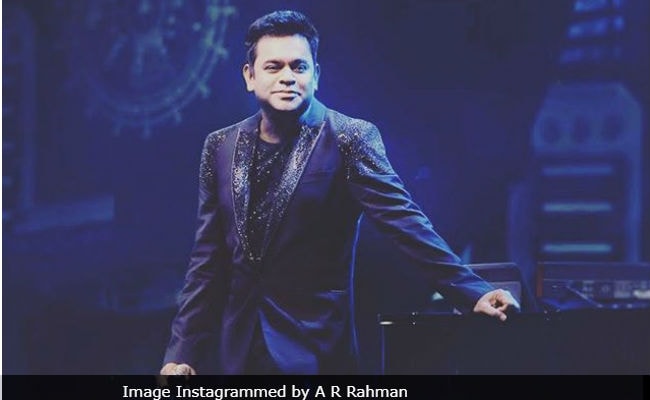 Dhaka-born and New York-based rapper Anik Khan says A R Rahman has been one of his biggest influences and considers the Indian singer-composer the "Quincy Jones of India".

Many, including A R Rahman, look up to Quincy Jones. But for Anik, the Indian maestro is no less.

Anik's song Cleopatra, which he performed at Vh1 Supersonic 2019 here last weekend, opens with a sample of A R Rahman's Jiya Jale from the Bollywood film Dil Se..

Asked about it, Anik told IANS here: "He Rahman is one of my biggest influences. I consider A R Rahman the Quincy Jones of India.

"He is young and has been able to push boundaries and do amazing things. I have always been a fan of his music and that's just one of the songs that I love."

He had unveiled Cleopatra a few years ago. Any feedback from the Grammy winner?

"I know that he has heard it. I know that because I have friends who are very close to him," said Anik, known for his critically acclaimed 2017 EP Kites.

Anik often uses his music to spit fire at outdated immigrant stereotypes, albeit with a pinch of humour and irony.

One of the reasons why he wanted to be in the music field, was to "provide a face and voice for people that may not have it".

"I care about identity, language and perseverance so, that naturally comes out in my music," he said.

The Big Fax hitmaker is currently working on a new project.

"I will work on it till I get it right. It will be definitely out this year," he said.

"It will be about my life, things that I go through. I think I have established the brown identity, the immigrant identity... This project is more personal... About my likes and dislikes," he shared.