A Housefull 5 Homecoming? Deepika Padukone With Akshay Kumar In Next Film: Reports 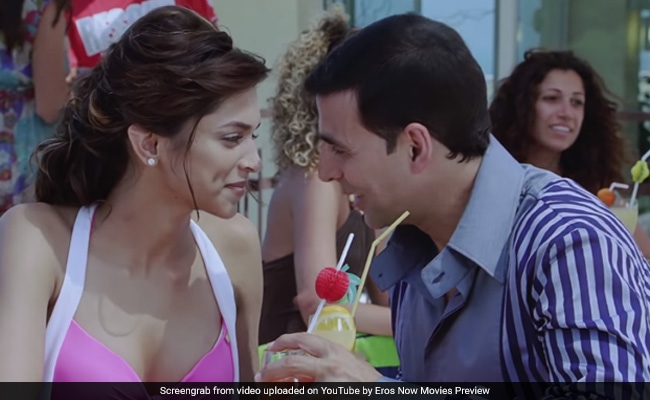 After the success of Housefull 4, is the fifth instalment of the movie on the cards? As per a Mumbai Mirror report, the answer is 'yes.' Recently, actor Akshay Kumar, a Housefull franchise regular, shared a picture on social media comprising old and new members of the series and hinted at the fifth film. "Last night was Housefull of fun with friends from Housefull 1, 2, 3 and 4 gearing up for 5? I don't know," he wrote while director Farhad Samji, who made the latest film, signed 'five.' Now, a source told Mumbai Mirror that Housefull series producer Sajid Nadiadwala wants to expand the series and bring home some old faces, including actress Deepika Padukone, who played the female lead opposite Akshay in Housefull (2010).

"The basic premise of all the Housefull films result from confusion between three couples. For part five, Sajid wants to throw five couples into the mix to amp up the fun by five times," the source said. "Since the film demands a huge ensemble, it is essential to get coordinated bulk dates from all the actors. There will be clarity on the shoot schedule and the release date only when the script is locked," the source added.

Apart from Deepika Padukone, Sajid Nadiadwala also wants to bring John Abraham and Jacqueline Fernandez (from Housefull 2) and Abhishek Bachchan (of Housefull 3) back to the series, the source told Mumbai Mirror.

Meanwhile, Housefull 4, a reincarnation comedy, featured actors Bobby Deol and Riteish Deshmukh along with Akshay. Actresses Kriti Sanon, Kriti Kharbanda and Pooja Hegde were the new additions in the franchise. Housefull 4 released in October this year and it collected over Rs 150 crore.