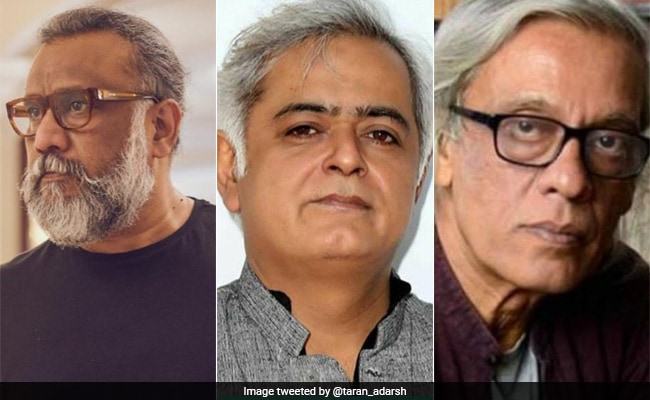 Filmmaker Anubhav Sinha, whose last project Thappad release earlier this year, will now produce an anthology film based on the coronavirus pandemic. He will also direct a story in the anthology along with four other directors - Sudhir Mishra, Hansal Mehta, Ketan Mehta and Subhash Kapoor. Anubhav Sinha announced his collaboration with the four directors on Sunday by reposting trade analyst Taran Adarsh's Instagram post. The film will showcase how people have been affected by the ongoing coronavirus pandemic. "It's official... After Thappad, Anubhav Sinha to produce an anthology film (not titled yet)... Based on stories and experiences from Coronavirus pandemic... Anubhav Sinha, Sudhir Mishra, Hansal Mehta, Ketan Mehta and Subhash Kapoor will direct a story in this anthology film," stated Taran Adarsh in his post.

The details about the cast of the film are still under wrap. Take a look at Anubha Sinha's post:

#Repost @taranadarsh with @get_repost IT'S OFFICIAL... After #Thappad, Anubhav Sinha to produce an anthology film [not titled yet]... Based on stories and experiences from #CoronaVirus pandemic... #AnubhavSinha, #SudhirMishra, #HansalMehta, #KetanMehta and #SubhashKapoor will direct a story in this anthology film.

Talking about the project, Anubhav Sinha said in a statement: "What better way to do it than different filmmakers looking at different things? Sudhir's father passed during COVID. We lost Irrfan Khan and couldn't even go to his funeral. Tigmanshu Dhulia had to fight the cops to go and said 'Irrfan is my brother, I will go.' All these things were disturbing. I thought these should be recorded. I spoke to my friends who agreed to do this and that's how the idea behind it began to formalise," reported news agency PTI.

Anubhav Sinha recently trended big time on social media after he announced in a tweet that he has "resigned" from Bollywood. "Enough! I hereby resign from Bollywood. Whatever the f*** that means," he tweeted on Tuesday and the next day, in subsequent tweets, wrote: "Bollywood was, Hindi films will," expressing that he has disassociated himself from "Bollywood" and not from the Hindi film industry. Anubhav Sinha's tweet of "resignation" was preceded by similar tweets from Sudhir Mishra and Hansal Mehta.

Take a look at what Anubhav Sinha tweeted on July 21-22:

ENOUGH!!!
I hereby resign from Bollywood.
Whatever the fuck that means.

... It never existed in the first place.