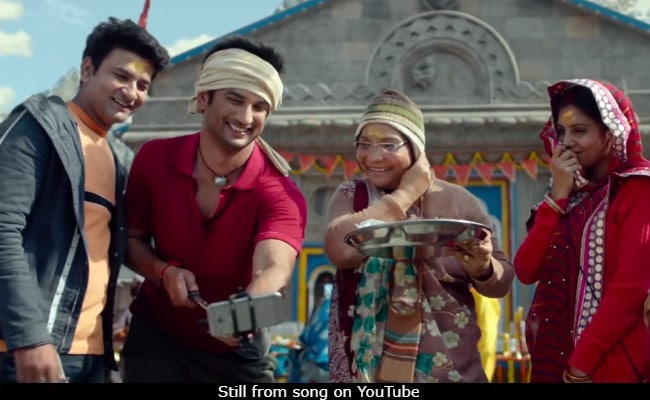 Days after the teaser, the makers of Kedarnath released the first song Namo Namo on Monday. Sara Ali Khan, who also shared the song on her Instagram, added this interesting caption to it: "Dhanteras ke shubh din par, Bholenath ka naam lekar, aaiye Kedarnath ka yatra aarambh karein." Namo Namo is a powerfully-worded track, which embodies the essence of an incantation. Namo Namo is in absolute spirit of the film's storyline - Kedarnath is a colourful love story set against the backdrop of the devastating Kedarnath floods in 2013. Sara's first time co-star Sushant Singh Rajput is the sole highlight of the song - he plays a Muslim pithu (one who carried pilgrims on their back) named Mansoor in the film, who is often looked at askance owing to his religion.

Namo Namo is a compact collage of the scenic beauty and experiences that tourist-pilgrims witness on the 14-km journey from Gauri Kund to Kedarnath. The song begins with a devoted pilgrim being doubtful over Mansoor's skills as a pithu but she is won over by Mansoor's jovial nature and his expertise. Namo Namo also depicts the hardships of the pithus in order for them to earn a living.

Wait for the end of the song for a glimpse of Sara Ali Khan, who is making her Bollywood debut with the Abhishek Kapoor-directed movie. Sara plays a pilgrim named Mukku, who will eventually fall in love with Mansoor.

Sung by Amit Trivedi, who has also composed the track, credits for the lyrics of Namo Namo goes to Amitabh Bhattacharya. Watch Namo Namo from Kedarnath here: