A Call To Spy Review: Radhika Apte Is Spot On As Indian-Origin Spy Noor Inayat Khan

A Call To Spy Review: A neatly crafted, engaging tale of a trio of female spies - an American, a Romanian Jew and an Indian princess - who worked to "disrupt the Nazi war machine". 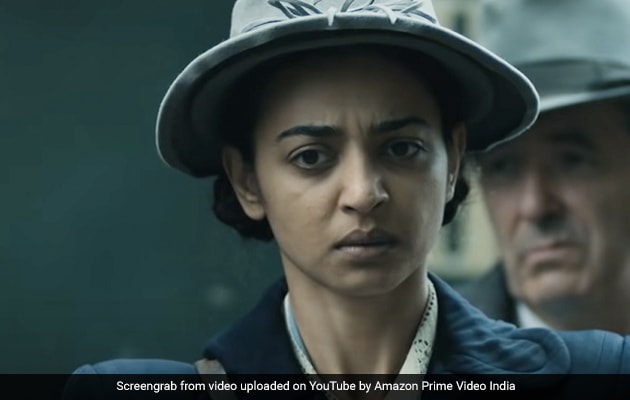 A Call To Spy Review: A still from the film. (courtesy YouTube )

A World War II spy drama that relegates men to secondary roles would have been unthinkable a few years ago. Not only is independent film producer Lydia Dean Pilcher's first solo directing gig A Call To Spy is a welcome break from norm, the film redraws genre lines to club the story of three courageous women with the theme of multiculturalism.

A Call To Spy, scripted and produced by actress Sarah Megan Thomas, who also does full justice to the film's meatiest role, is a neatly crafted, consistently engaging tale of a trio of female spies - an American, a Romanian Jew and an Indian princess - who worked for the F (France) section of Sir Winston Churchill's Special Operations Executive (SOE) to "disrupt the Nazi war machine".

Pilcher, whose production credits include 11 Mira Nair projects (from The Namesake to The Suitable Boy), besides Wes Anderson's The Darjeeling Limited and Ritesh Batra's The Lunchbox, directs the "inspired by true stories" thriller with an unwaveringly sure hand. She makes every minute the two-hour film count.

Out on Amazon Prime, the film has Radhika Apte in the role of Noor Inayat Khan, a British citizen of Indian descent born in Moscow and raised in France. She was the subject of a 2014 docudrama Enemy of the Reich (directed by Robert H. Gardner and narrated by Helen Mirren) and a book The Spy Princess by journalist-writer Shrabani Basu, which filmmaker Shyam Benegal came close to adapting for the big screen over a decade ago. 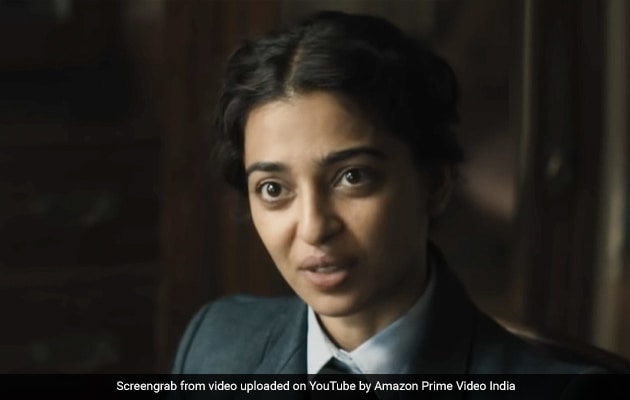 A Call To Spy Review: A still from the film.

A Call To Spy paints a wider canvas and does not give Noor as much play as the other two principal characters. But Apte is spot-on as the enigmatic woman whose pacifist ideology makes it that much more difficult for to reconcile herself with the demands of the dangerous job she signs up for.

Sarah Megan Thomas is the principal star of A Call To Spy. She plays Virginia Hall, an American with a wooden leg whose sterling acts of bravery as the first-ever female covert operative of the SOE opened the doors for other women to follow suit.

Thomas receives strong support from Stana Katic, who plays the recruiter stationed in the Baker Street headquarters of Churchill's Special Operations Executive, headed by Maurice Buckmaster (Linus Roache) and, of course. The script ensures that each of the three women at the centre of the film, irrespective of the weight the plot accords to them individually, retains our attention until the very end of the film.

Asked why she chose to become a signalwoman, Noor says: "I play the harp and the piano and signalling is like music; there is rhythm in it." The meaning of her name (Arabic for light), is alluded the couple of times that Noor's mother, Pirani (Laila Robins), is on the screen. The anguish of a mother when her daughter ventures into the unknown - a zone where life and death are separated by a thin line - underlines the human cost of Noor's calling.

"Why is this your war?" That is the question Noor, who writes stories for children, faces before she is accepted into the fold. "I am a British citizen," Noor replies. I grew up in France. It's my home. I can't let the Nazis do what they are doing."

She is a Muslim, an Indian and a woman: that adds up to three degrees of separation from the British espionage mainstream. Nor is that all. She is a Sufi to boot. She has reservations about violence and lets her fellow female trainee spy Virginia know. "I am a pacifist," Noor asserts. They are training us to kill." Virginia replies" "They are training us to survive."

Eventually, just before Noor boards a plane being sent out to France to rescue a seriously wounded agent, Vera asks her again if she still has any doubts. Noor doesn't. "I'm resolved," she says. "I can fight. My resistance isn't motivated by hate." Her twin causes, as she points out on an earlier occasion, are truth and peace.

Vera and Virginia have their own 'disability' to content with as they make their pioneering moves in a male-dominated sphere - in the case of the latter, the handicap is physical in addition to it pertaining to her gender. Vera is Romanian Jewish, which does not make it easy for her to get her British citizenship papers. She lives in constant fear of deportation.

Virginia works at the US embassy in London. She wants to be a diplomat. But her attempts are repeatedly thwarted. In the operational domain, where she takes next to no time to become "one of the deadliest Allied spies in Europe", she still has to countenance a collaborator in France insisting "women shouldn't be in the field, certainly not you - there's a lot of running involved."

The running that the three tough ladies must do is both literal and figurative. Back in London, Vera fights her own battle to put an end to her "unofficial, untrusted" status while monitoring the spy operations on the ground in France. Virginia and Noor, on their part, do a great deal of running and hiding to evade the Gestapo. A Call To Spy Review: A still from the film.

Right from the outset, the audience is invested in the fate of Virginia and Noor, the two women who have gone beyond enemy lines to gather and transmit intelligence, scuttle Nazi plans and enlist locals in the fight against fascism.

The narrative is frequently interspersed with Virginia's voice providing a perspective on what is going on in France as the Nazis ruthlessly extend their domination across Europe. "I've never seen so much hatred. The Germans control what the French read and hear. False information is everywhere," she bemoans. Doesn't that sound chillingly familiar in the times that we live in?

As Virginia's coice trails off, we see her with her principal French aide, Dr Raoul Chevain (Rossif Sutherland), outside a museum that brazenly displays posters announcing an anti-Semitic exhibition. The scene resonates beyond its context in the film because the hatemongers are back among us is different parts of the world with their appalling intimidatory, majoritarian interpretation of nationalism.

Nothing in A Call To Spy - the title is obviously a play on "a call to arms" - suggests that it is a limited-budget film. The production design by Kim Jennings is of the highest order. Locations in Philadelphia stand in for London and parts of France, while Lyon and Paris are recreated in Budapest. But so authentic is Jennings with her recreation of the locations and backdrops, you wouldn't know if you weren't told.

There isn't a hue out of place in the film's colour palette, which, with rust, pale brown and green dominating, evokes early 1940s UK and Europe. Cinematographer Robby Baumgartner composes visuals that are lush without being overly varnished.

A Call To Spy may not at first blush appear to the most captivating spy thriller you'll ever see, but stay with it awhile - no more than five minutes or thereabouts - and you'll be hooked. The film gets into the swing of things quickly and stays there for good.