8 Things You Should Know About Captain America: Civil War 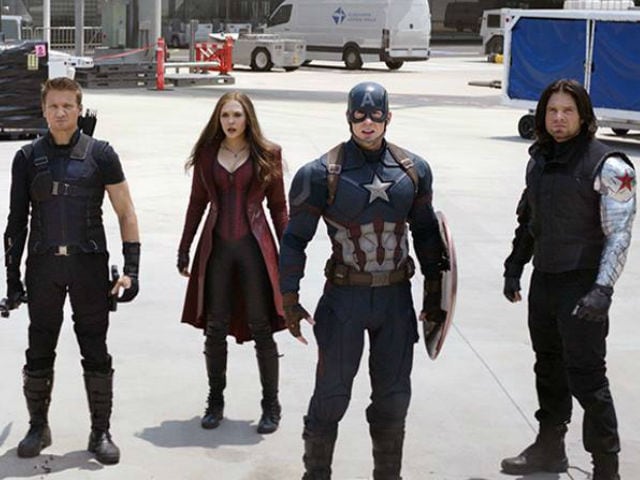 A still from the film Captain America: Civil War.

Washington: It's not a question of whether Captain America: Civil War is Marvel Studios' best movie yet. With Friday's release of Marvel's greatest film, the debate immediately becomes: Where does this movie rank within the history of comic-book cinema?

Captain America's Civil War visage is fit to be carved on the Mount Rushmore of comic-book movies. But where to make room alongside such greats as Tim Burton's first Batman film, the first two Sam Raimi Spider-Man movies, the second X-Men film and Christopher Nolan's The Dark Knight? Let's delve into how Cap stacks up.

With the Russo brothers as directors, what Kevin Feige and his entire Marvel Studios team have achieved with this third Captain America film is cinematic magic - the culmination of a Marvel Cinematic Universe that has been allowed to luxuriously build out its interconnected films over the years, with 2008's Iron Man as the true launch pad.

1. The next Avengers movies will have a tough time topping Civil War

Who knew that Civil War would set the bar so high for the forthcoming Avengers films (Avengers: Infinity War Parts 1 and 2). As directors, Joe and Anthony Russo might need personalized Infinity Gauntlets to try to craft an Avengers tale with Thanos (the baddie in the next Avengers films, of course) that can top Civil War. It's now abundantly clear why Marvel has decided to let the Russos guide the next stages of the assembled Avengers. With their two Captain America films, the Brothers Russo have turned the character into Marvel Studios's top superhero franchise.

2. Spider-Man is brilliantly "rescued" by Marvel

What a difference Marvel Studios makes. Now that Marvel and Sony share joint custody of the wallcrawler, Marvel has shown the power of its oversight by making us actually want another Spider-Man movie. As the new Peter Parker, the teenaged Tom Holland steals scenes and holds his own opposite Chris Evans and Robert Downey Jr. Holland's charisma shines whether he's in costume or not, and he provides the Spider-Man franchise with something it's never had: genuine youth.

As regally portrayed by Chadwick Boseman, Black Panther's MCU arrival lives up to the hype. The Black Panther doesn't just appear for a cat-suit cameo; he plays a major part in Civil War, and is connected to the future of Marvel in a massive way. If you loved this character on the comics page, you will not be disappointed with the screen incarnation.

4. RDJ shines, but this is Chris Evans' movie

Downey Jr. may be the most naturally charismatic actor in the MCU - and his Iron Man performance here is his most emotional yet - but he doesn't dominate Civil War because he pitches his performance just right. Meanwhile, Evans gives his best performance yet as Steve Rogers/Captain America. Here, Cap is a soldier who opposes government interference - a stance that comes from the heart as he looks out for his fellow Avengers. That narrative allows Evans enough of a spotlight to exude a steely, sometimes quiet strength. That puts one fact into high relief: Downey becomes Iron Man when the high-tech suit comes on; Evans is Captain America whether he has donned the mask and shield or not.

5. The Cap and Bucky brotherhood resonates

Since the first Captain America movie (2011's The First Avenger), we've witnessed the bond between Steve Rogers and James "Bucky" Barnes. Before he became an Army experiment, the oft-bullied Steve Rogers couldn't defend himself, let alone his country. But Bucky was always there to help him. So even after being injected witih super-serum, Rogers has forgotten those acts of friendship. In Civil War, when Bucky is in the crosshairs of a world convinced he's a dangerous terrorist, his bond with Steve is at the dead-center of a new conflict. Steve can't abandon Bucky, even when Iron Man is the one taking aim.

Civil War's action hits a high when Team Cap and Team Iron Man clash at a German airport, and this epic scene delivers payoff after visual and verbal payoff. Spider-Man becomes Marvel's newest star in this battle, but he doesn't pull off the most incredible feats - a big moment from the hero you might least expect to deliver it.

Civil War is an emotional tale that takes a toll on its heroes. Yet Marvel always manages to offer deft one-liners. And one surprise here is the comic chemistry between the Falcon (Anthony Mackie) and Bucky/Winter Soldier (Sebastian Stan). That only enhances the expected funny moments from Downey Jr.'s Iron Man and Paul Rudd's Ant-Man.

This Captain America is the new pinnacle of comic-book moviemaking.