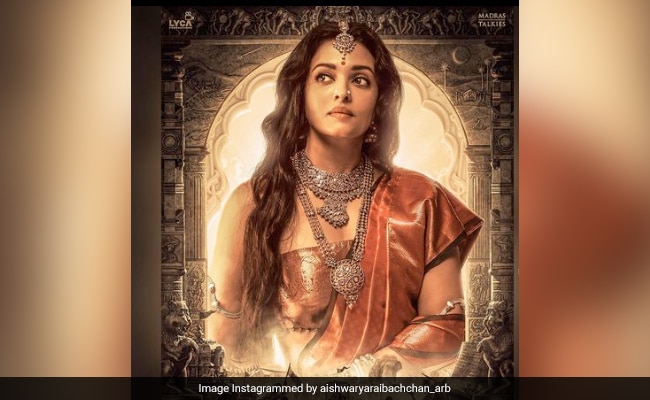 Ponniyin Selvan: I has finally hit the theatres. Mani Ratnam's much-awaited period drama has been the talk of the town ever since the project was announced. The magnum opus stars Vikram, Aishwarya Rai Bachchan, Trisha Krishnan,  Jayam Rav, Karthi, Sobhita Dhulipala and Aishwarya Lekshmi. It is based on Kalki Krishnamurthy's novel of the same name, chronicling the rise of the Chola dynasty. Ponniyin Selvan: I also marks Aishwarya's comeback to the big screen. She has a dual role in the film. With so much to look forward to, honestly, it is hard to control the excitement. To amp up the mood, we have prepared a list of movies with a historical backdrop that you can watch this weekend in the comfort of your home.

This is a Sanjay Leela Bhansali magnum opus. Star cast: Ranveer Singh, Deepika Padukone, and Shahid Kapoor. From the larger-than-life sets and interesting plot to the music album, this film ticked all the boxes. Don't forget Deepika's exceptional performance in the song - Ghoomar.

If there is anyone who can bring the magic of history to the big screen with the utmost grandeur, it is Sanjay Leela Bhansali. This film narrated the story of Maratha Peshwa Bajirao [Ranveer Singh] and his wives Kashibai [Priyanka Chopra] and Mastani [Deepika Padukone].

Just a mention of Kesari brings back the memories of B Praak's soulful song Teri Mitti. It is based on the 1897 Battle of Saragarhi, where 21 Sikh soldiers fought against 10,000 Afghan invaders. Akshay Kumar played the role of Havildar Ishar Singh, who led the Sikh soldiers. Parineeti Chopra, Govind Namdev, Rajpal Yadav, Vansh Bhardwaj and Mir Sarwar were also part of this movie.

Tanhaji: The Unsung Warrior is another film that gave the audience a glimpse of our magnificent history. It featured Ajay Devgn as Maratha warrior Tanhaji Malusare, who saved the Kondana Fort, also known as Sinhagad, from the Mughals. The film won three National Awards this year, including the Best Actor. Kajol, Sharad Kelkar and Saif Ali Khan were seen in critical roles.