"I express my gratitude to everyone who made our film historic," wrote Sunny Deol 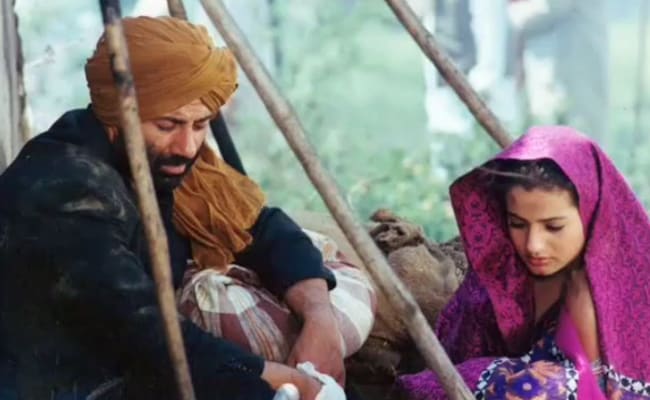 20 years ago, Gadar: Ek Prem Katha, an iconic love story set against the backdrop of the Partition, released in theatres and turned out to be a "historic" event. Actors Sunny Deol and Ameesha Patel, who played the lead roles of Tara and Sakeena, marked two decades of the movie with emotional posts on Instagram. Sharing a glimpse of the song Musafir Jaane Wale on his Instagram, Sunny Deol thanked everyone for making Gadar a great success: "We made a film, you made it an event! 20 years of Gadar, I express my gratitude to everyone who made our film historic." Meanwhile, Ameesha Patel shared one her favourite scenes from the movie and wrote: "One of the many fav scenes of mine from the film which were challenging to perform and to execute for the team."

In a separate post, Ameesha also added a behind-the-scenes video from the sets of Gadar: "Behind the scenes of the most iconic interval point of the most the most iconic film that Bollywood has seen till date... thank you for all the love... 20 years of Gadar."

Gadar was directed by Anil Sharma, who wrote the film in collaboration with Shaktiman Talwar. Interestingly, Gadar released the same day as Aamir Khan's critically acclaimed movie Lagaan. Speaking to news agency PTI about 20 years of Gadar, Mr Sharma said: "Everyone makes films, but a movie like Gadar can only be made with God's blessings and audience's love. The film stands tall even today and has a strong recall value. I count my blessings even today."

In his interview, Anil Sharma added that he wrote Gadar keeping Sunny Deol in mind as the lead actor: "Tara could only be played by Sunny. I needed someone extremely powerful, extremely innocent. There''s no one in the industry apart from him to do this. I had him in mind while conceptualizing the film. I knew Sunny would be iconic in the film."