102 Not Out Trailer: Amitabh Bachchan Is All For YOLO. Rishi Kapoor Plays Spoilsport 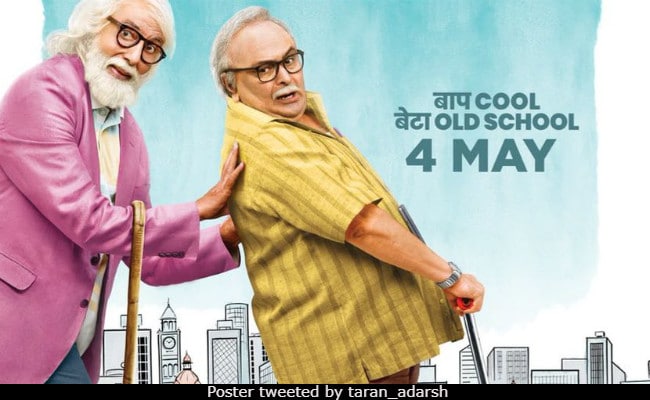 Here's the new poster of 102 Not Out (courtesy taran_adarsh)

New Delhi: The trailer of 102 Not Out is finally here and it will indeed make your tummy hurt from all the laughing, courtesy Amitabh Bachchan, who is absolutely brilliant in the trailer and not to mention Rishi Kapoor, who is the perfect foil to Big B's character. So, here's how the trailer starts - a 102-year-old father has devised a plan to outlive the oldest man (118-year-old) but that's not possible with his 75-year-old son sulking around. Amitabh Bachchan plays the father in the movie, who believes in the YOLO way of living while Rishi Kapoor, who plays the son, takes life very, very seriously and not a risk-taker at all. "I have accepted my old age," the son utters in the trailer and Big B's prompt reply was "Hence, I have decided to send you to an old age home." Umm, yeah, that's the cast in this household comprising two grey-haired folks.

Watch the trailer of 102 Not Out, which released with the new poster:

Directed by Umesh Shukla, 102 Not Out releases on May 4.

102 Not Out traileramitabh bachchan rishi kapoor