10 Crime Thrillers On Netflix, Amazon Prime That Are Perfect For Your Weekend Binge. Grab The Popcorn

From Dial 100 to The Serpent, these shows can get your adrenaline rushing through your body. 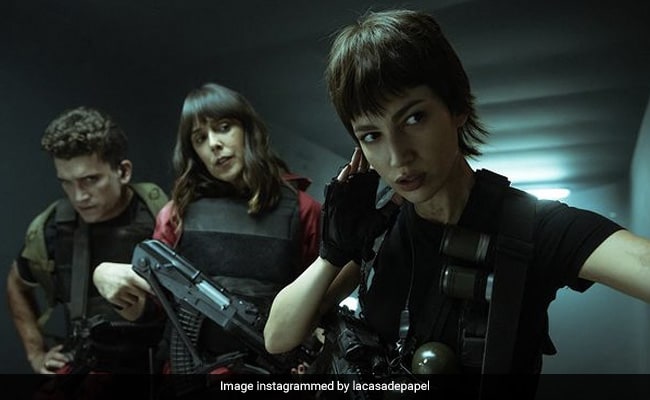 The weekends are here and while you may want to catch up on your sleep, we also want you to have some fun. No, we aren't asking you to step out right away. If it's a lazy day and you would like to rest on your couch, so be it. But grab a tray of snacks and pep it up with some crime thrillers to get your adrenaline rushing. You could tune in to these OTT crime shows. Whether binging on a new release or catching up on a show you left midway, we've got the list ready for you. Now, don't spend your precious weekend scrolling through the OTT platforms to find and choose a show worth your time. Straightaway dive into these shows we've listed below:

This anticipated show features Manoj Bajpayee, Neena Gupta and Sakshi Tanwar. The Zee5 original is releasing today. Be among the first to watch it.

Watch the four-season web series before you jump into the fifth season this September 3. Got any hints at what might have happened to the Professor?

This docu-series can keep you hooked. The tale is about two childhood friends becoming the most powerful drug lords in Miami. It's based on a true story.

This series shows a woman's struggle to find the mystery behind her disappearing husband. The search leads her to Congo, where she gets more entangled in the mystery.

This based-on-true-events series was released earlier this year. It's about the French serial killer Charles Sobhraj who preyed on travellers along the "hippie trail" of South Asia.

This chilling murder tale follows the revenge story of a man falsely convicted of his sister's murder. What follows is his search for the real culprit of the act.

This 8-episode series has a dark humour tinge to it that will be liked by many. The show, featuring Sunil Grover, follows the death of a man in the Sunflower Society.

Originally a Welsh series, the episodes lead us into the trails of a police detective. The tale is rich in events as well as emotions.

This documentary strives together exclusive interviews and facts related to the brutal killing of an Indian schoolboy in 2017.