We don't believe in politics of anger: Rahul Gandhi at Saharanpur rally 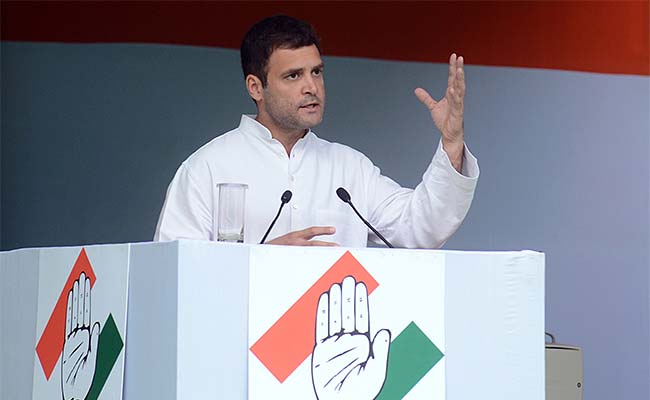 "A few months ago, our candidate used harsh words for the opposition candidate. That's not our tradition. No matter what the Opposition says about us, we always respond respectfully, said Mr Gandhi.

"We want to engage in politics of love. We'll defeat anger with love," he added.

Mr Masood, who was filmed declaring that he will kill Mr Modi, was arrested from his residence at around 4 am today.

A criminal case was registered against him yesterday after a video of him threatening to "chop Modi to pieces" went viral on the Web. Apologising for his comments yesterday, he told NDTV, "I meant that I would teach him a lesson."

An FIR or First Information Report accused Mr Masood, 40, of violating the election code of conduct, but it was not clear when and where the comments were made.

The police say they received the video CD on Thursday. Mr Masood claims he spoke those words eight months ago, when he was with the Samajwadi Party.

Promoted
Listen to the latest songs, only on JioSaavn.com
Narendra Modi, 64, is contesting his first parliamentary election from Varanasi, 800 km away in India's largest and most politically vital state. In his speech, Mr Masood warns the BJP leader against "turning Uttar Pradesh into Gujarat."