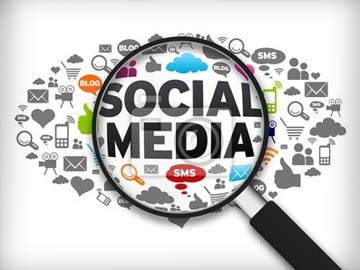 Washington: The three American social media giants - Facebook, Twitter and Google - have emerged as a major player in the ongoing general elections in India, with political parties and candidates competing with each other in breaking the news, spreading their message through these outlets in addition to those via the traditional media.

While the impact of these social media on the elections could be known only after May 16 when the results are declared or could be a matter of another academic research, all the three major players have seen substantial increase in their India traffic and usage. For instance, Facebook has now 100 million users in India - its largest outside the US - while that of Twitter has more than doubled since January this year.

Five years later there is hardly any major political leader who does not have an account on the micro-blogging site. Mr Tharoor is now the second most popular politician on Twitter with 2.16 +million followers, after Narendra Modi, the BJP's prime ministerial candidate with 3.89 million followers. Mr Modi now also has nearly 14 million fans of Facebook.

Barack Obama is the only other politician to have more Facebook fans than Mr Modi. With political parties, leaders and candidates putting their advertisement on social media to reach out to their voters, all the three major players are reported to have made substantial addition to their revenue.

Though none of the companies are willing to discuss the advertisement revenue this election cycle, all of them have put in several months of tireless efforts and diverted substantial amount of their resources in the elections, many of them working thousands of miles away from India.

Facebook started working on the Indian elections towards the end of last year, says Katie Harbath, Manager for Policy at Facebook, adding that the company started doing a series of things beginning March this year when the elections were announced. This includes launch of election tracker so that people can see in real time. Candidates are now using Facebook and Twitter for breaking news. "We are really seeing the entire country discuss the issues (related to elections)," Harbarth told PTI in a recent interview. "Facebook is really the key place of the conversation that is happening," she said.

Promoted
Listen to the latest songs, only on JioSaavn.com
Adam Sharp, Head of Government and Nonprofits at Twitter, who has been involved in participating in elections in various countries of the world, said Twitter is a powerful way to return to retail politics. He conceded that elections have helped Twitter expand in India.