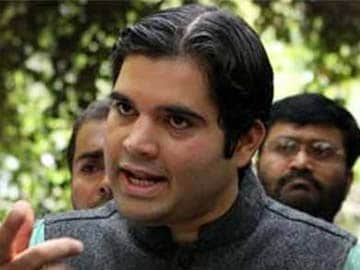 Mr Singh, who romped home from the constituency in 2009, was earlier this year elected to the Rajya Sabha from Assam.

Mr Gandhi had contested the 2009 Lok Sabha polls from Pilibhit, but shifted to Sultanpur "to continue the legacy of his father Sanjay.''

Sanjay Gandhi, former prime minister Indira Gandhi's younger son, was elected to Parliament from Amethi in 1980, but died in a plane crash soon after. Amethi till the last decade was a part of Sultanpur district.

Promoted
Listen to the latest songs, only on JioSaavn.com
Mr Gandhi, in his campaign trail, refrained from taking the name of Narendra Modi, the BJP's prime ministerial candidate, and, instead, fought on his father's legacy.

The BJP, and its ally Apna Dal, are leading in 57 of the 80 constituencies in Uttar Pradesh. It had 10 in the outgoing Lok Sabha.