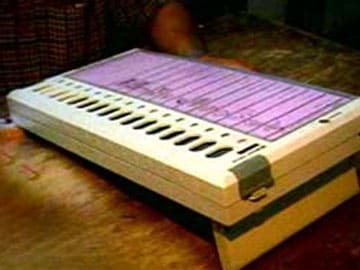 Raipur: Eight candidates including Soni Sori of AAP have filed in their nomination papers for Bastar Lok Sabha seat where polls are scheduled for April 10.

The scrutiny for the nominations will be held on March 24 and names can be withdrawn on March 26, election officials said.

According to officials, 16 candidates have filed their nomination papers for Mahasamund, Rajnandgaon, Bastar and Kanker Lok Sabha seats.

The filing of nomination for these seats began on March 19.

In Mahasamund seat, former chief minister and Congress candidate Ajit Jogi and BSP contestant Kanhaiya Lal Sahau have filed in their nominations, besides three other contestants.

For Rajnandgaon seat, three candidates including Kamleshwar Verma of Congress and for Kanker seat, two candidates, including BSP's Ramsai Korram, have filed their papers.

Mahasamund, Rajnandgaon and Kanker seats will go to polls on April 17.

Promoted
Listen to the latest songs, only on JioSaavn.com
Out of 11 MPs the state sends to Lok Sabha, BJP had won 10 seats in 2009 elections and one seat was won by Congress.